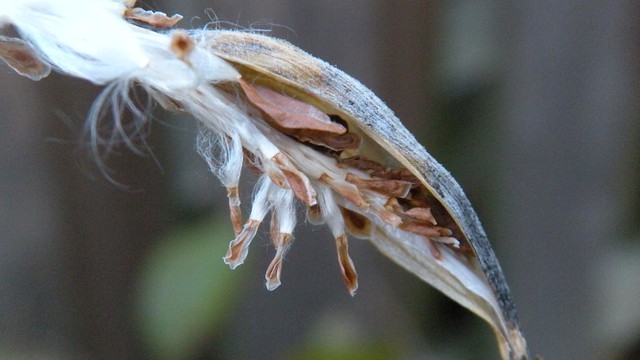 As of the evening of Monday, September 16, the petition exceeded 500 signatures. (1,330 as of Wednesday evening.) I've been trying to read all of the comments, but I can't keep up any more. Here are some of my favorites.


Botanic Gardens and Arboreta must continue to maintain experts in the local floras and ecology. In many areas they are the last bastion of botany as universities abandon the study of plants for more lucrative directions.

As a longstanding member of the BBG, I have been dismayed to learn of these layoffs. Science should be a priority aspect of the BBG's focus and investment. Given the high-profile, major expenditures on upscale entrances/architecture and related new features of the garden, I'm confused as to how the budget for what should be the most essential, core components of your work is somehow lacking.

Eliminating science and education from the BBG will reduce a world-class botanical institution to just another Brooklyn bauble.

I am a plant systematics researcher and access to the invaluable natural history collections stored and curated in herbaria is important to my work. I have had a chance to interact with the staff at Brooklyn Botanical Gardens and they are exceptionally helpful and profssional. Even if the physical facilities are damaged, sacking the staff, who look after the collections and maintain a research program at the herbarium, shows a real lack of commitment to science by the board.

Without science-based publication, I will no longer be able to use and recommend your publications. The botanical world is awhirl in change - what a lousy time to abandon your gardens to the whimsy of marketers.

As a longstanding member of the BBG, I have been dismayed to learn of these layoffs. Science should be a priority aspect of the BBG's focus and investment. Given the high-profile, major expenditures on upscale entrances/architecture and related new features of the garden, I'm confused as to how the budget for what should be the most essential, core components of your work is somehow lacking.

And this one stands alone:


"For the advancement of botany and the service of the city." Although it galls some to be reminded of the vision of Brooklyn Botanic Garden’s first director, Charles Stuart Gager, the mission was never more clearly stated. In the first volume of the Garden’s Record, Gager wrote that a botanic garden’s "aims and treatment must differ greatly from those of a public park or a mere pleasure garden." Judged by their recent action and inaction the current administration and board of trustees disagree and seem determined to erase the history of a great institution.

Gager so valued a botanical library that he made personal appeals for acquisitions and wrote to readers of the Record, "A well chosen library is absolutely essential in order properly to classify, name, and label our collections and public exhibits." Three years ago this administration and board also eviscerated that department. One must ask where will it end?

For anyone who would like to read about BBG’s dishonored history, it can be accessed here: Brooklyn Botanic Garden Record, Volume 1, 1912


In late August, Brooklyn Botanic Garden announced plans to put its research program on hiatus while it grapples with an engineering problem in its science building and formulates a plan for a new research direction in plant conservation.

Garden president Scot Medbury said, "Our commitment to scientific research as a fundamental part of the Garden's mission is unwavering. We will use this transition period to refine the focus of our research program and strengthen its base of financial support."

During the hiatus, the Garden is taking proactive steps to protect its valuable herbarium from a failing building foundation and will limit herbarium access to qualified researchers while planning to relocate the collection.

"BBG has successfully reimagined its research programs several times in its hundred-year history, and this is another such juncture," said Medbury.

In late August, engineering problems affecting the foundation at Brooklyn Botanic Garden’s off-site science center led to a phased closure of that building and consequent access restrictions to its herbarium, the collection of 330,000 pressed, dried plant specimens housed there. While planning gets under way to relocate the BBG Herbarium (BKL), BBG will remain focused on the care of its herbarium collections, maintaining one part-time and two full-time staff members, including its director of collections, Tony Morosco, an eight-year veteran of the University of California’s Jepson Herbarium during a similar period of transition.

As part of the new collaboration, science staff from NYBG’s William and Lynda Steere Herbarium will provide additional monitoring and support for the BKL during BBG’s planning phases. BBG’s important subcollection of herbarium type specimens will be temporarily moved to NYBG to facilitate researcher access. NYBG will also help process the return of loans made to other institutions from the BKL and assist with future loan requests. In addition, plans are in progress to transfer the BKL database to NYBG, where it will become a subunit of NYBG’s C.V. Starr Virtual Herbarium.

“Brooklyn Botanic Garden’s commitment to ensuring that scientific research remains a fundamental part of its mission is unwavering,” said Scot Medbury, president of BBG. “We are deeply grateful to The New York Botanical Garden for their generous technical support while we undergo a major transition.”

Science at the Garden has been disappearing for a generation, beginning at the least when the Westchester facility was closed. Staff has been shrinking with each passing year: not only in the science department. The Science lab suffered badly during Hurricane Sandy and I suspect the recent issues are related to that flooding.

The improvements to the gardens are understandable since one of the Garden's missions is to serve Brooklyn, and any future funding will surely be based on the physical presence of the garden(s).

Still, the entire organization has been underfunded for decades. We can petition the President all we like but we would do better to make donations or raise funds earmarked for science.