Atteva aurea, Ailanthus Webworm Moth, on Pycnanthemum, Mountain-Mint, in my garden last weekend. The intense colors are believed to be aposematic, a warning coloration to deter predators, probably because they would be distasteful. 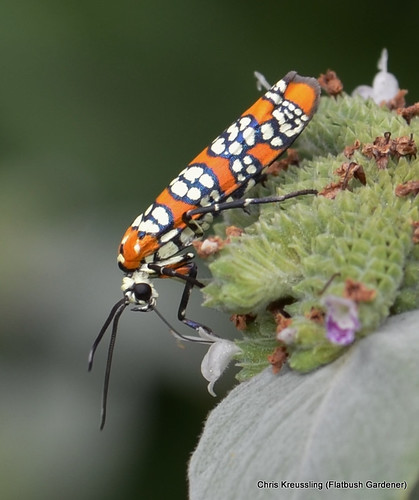 The larvae - caterpillars - feed in communal aggregations, like tent caterpillars. Around the globe, caterpillars in the genus Atteva are known to feed on plants from at least a half-dozen plant families. But they favor plants in the Simaroubaceae, the Quassia Family.

Update 2012-09-10: Only one caterpillar remains.
The morning of the day we left on our last road trip - which led us to the Adirondack Hudson, among other places - I saw this in one of our vegetable beds: 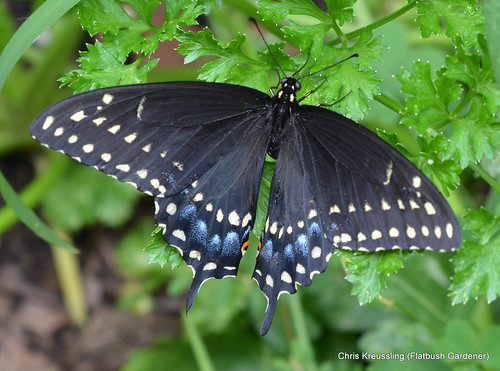 This is a female Eastern Black Swallowtail Butterfly, Papilio polyxenes. I caught her at the moment she discovered our group of parsley plants (Petroselinum hortense, or P. crispum). She was laying eggs, carefully placing just one under separate leaves of two of the plants.

Part of the eastern bank of the Hudson River, just south of the Route 8 bridge at Riparius/Riverside in the Adirondacks of New York. A year ago, this was all underwater, inundated by flood waters from Hurricane Irene. 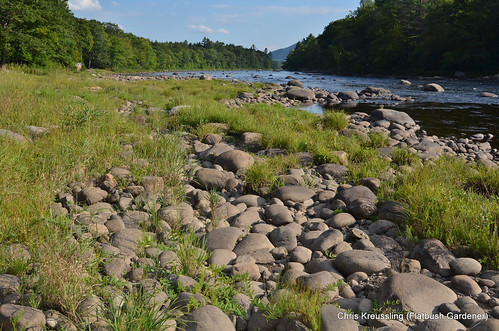 Trichopoda pennipes, Feather-legged Fly, on Pycnanthemum, Mountain-Mint, in my garden yesterday. Although it's widespread and common, occurring throughout North America, this was the first time I've noticed this species in my garden. 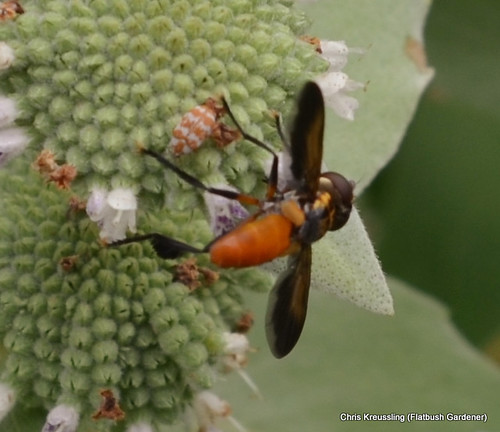 This photo shows several of the keys to identifying this species:
Trichopoda is a parasitoid of Hempitera, true bugs, including many agricultural and garden pests, such as squash bugs and stinkbugs. For this reason, it's considered a "beneficial" insect:

Each female fly lays on average 100 eggs, which are placed singly on the body of a large nymph or adult bug. Most of the small, white or gray, oval eggs are placed on the underside of the thorax or abdomen, but they can occur on almost any part of the bug. Many eggs may be laid on the same host, but only one larva will survive in each bug. The young larva that hatches from the egg bores directly into the host body. The maggot feeds on the body fluids of the host for about two weeks, during which time it increases to a size almost equal to that of the body cavity of its host. When it has completed its development, the cream-colored third instar maggot emerges from the bug between the posterior abdominal segments. The bug dies after emergence of the fly, not from the parasitoid feeding, but from the mechanical injury to its body. The maggot pupates about an inch down in the soil in a dark reddish-brown puparium formed from the last larval skin, and an adult fly emerges about two weeks later. There can be three generations per year depending on location.

The fly overwinters as a second instar larva within the body of the overwintering host bug. Adult flies emerge in late spring or early summer. The only bugs large enough to parasitize at this time are overwintered adults. Subsequent generations develop on both nymphs and adults of the next generation.
- Trichopodes pennipes, Parasitoid of True Bugs 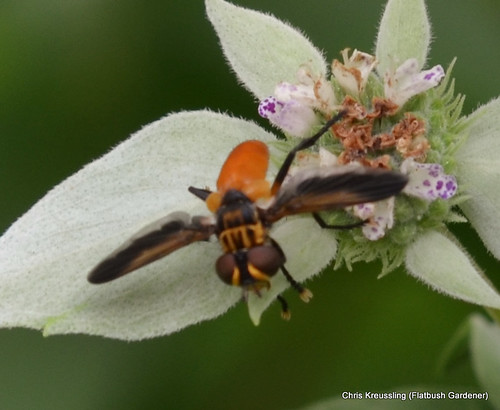 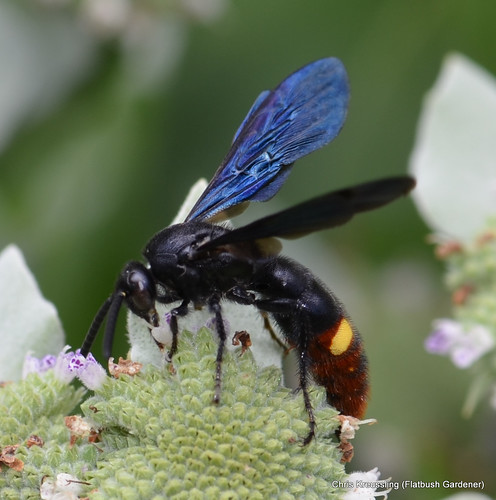 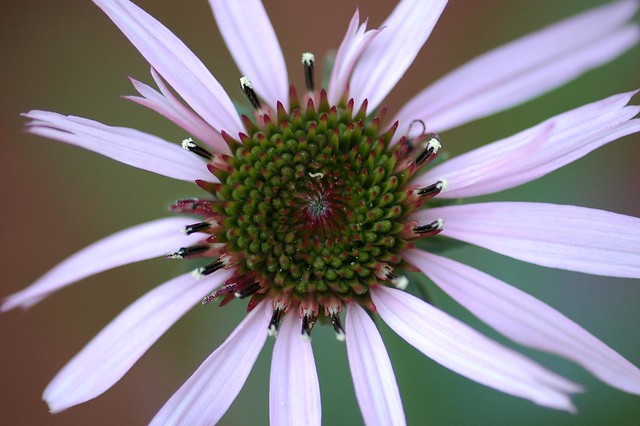 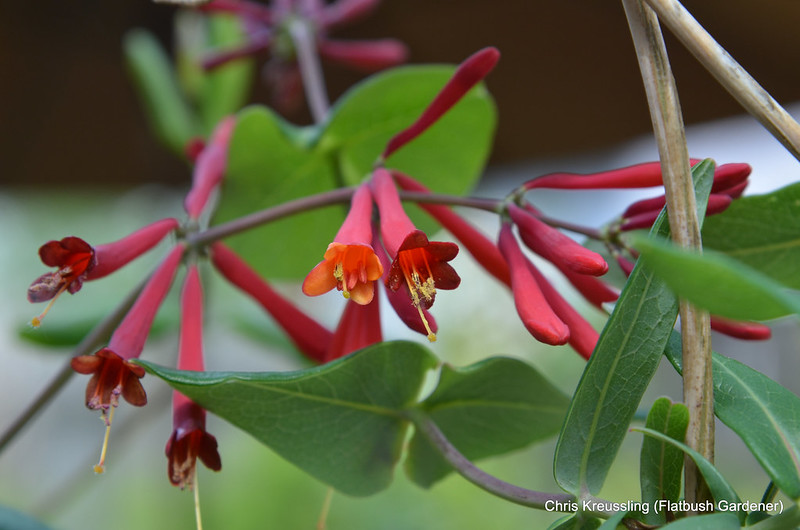 My little urban backyard native plant garden is in its peak Spring bloom:
Phlox stolonifera, Creeping Phlox. These appear blue on-screen, not at all like the purple they carry in the garden. 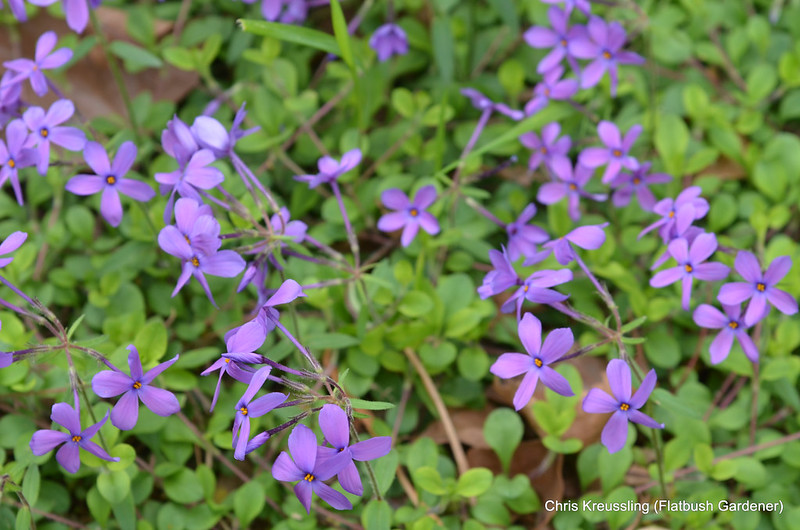 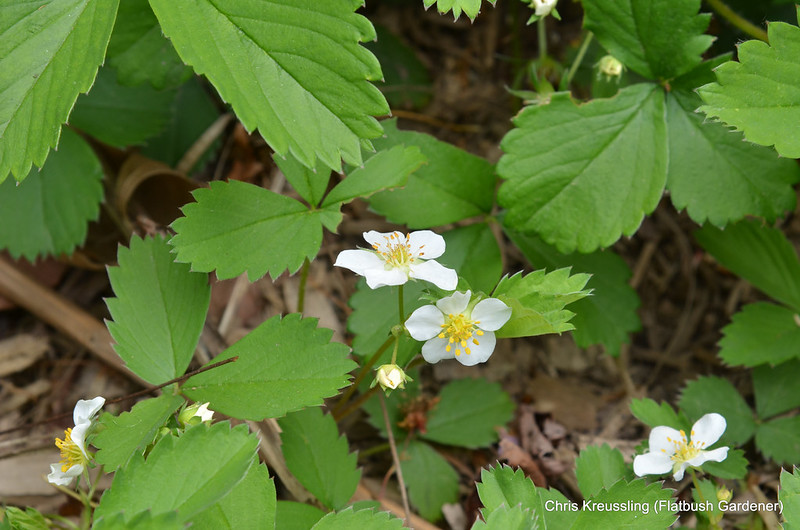 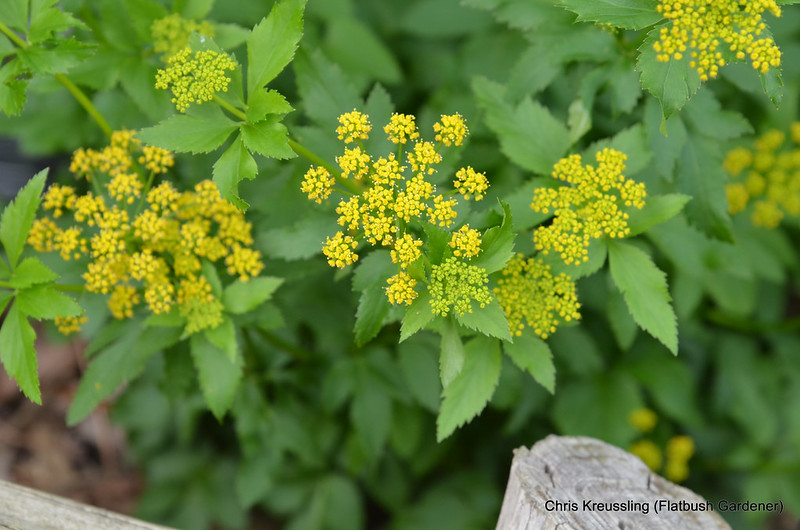 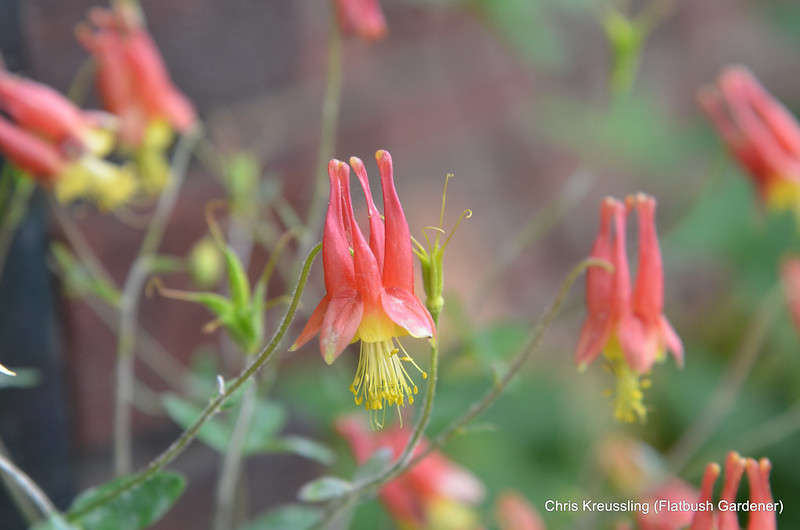 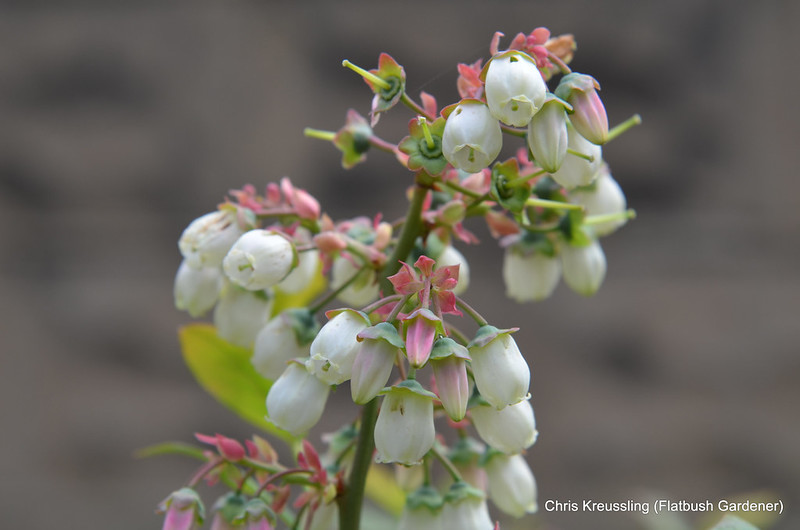 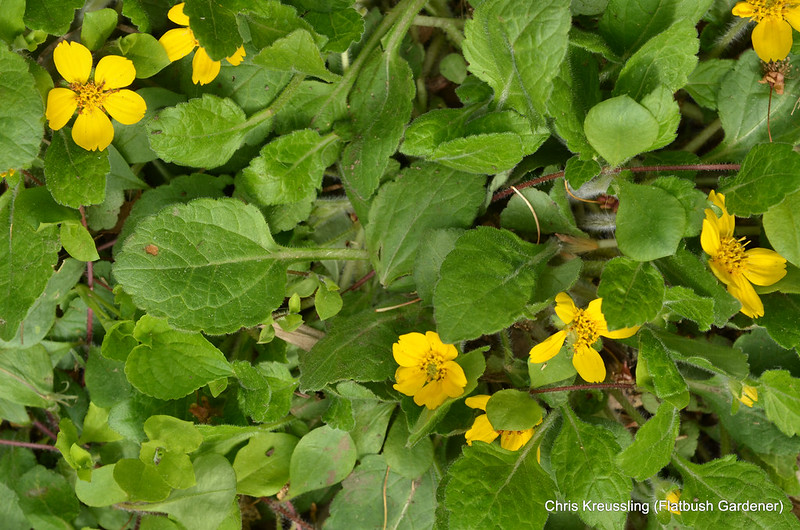 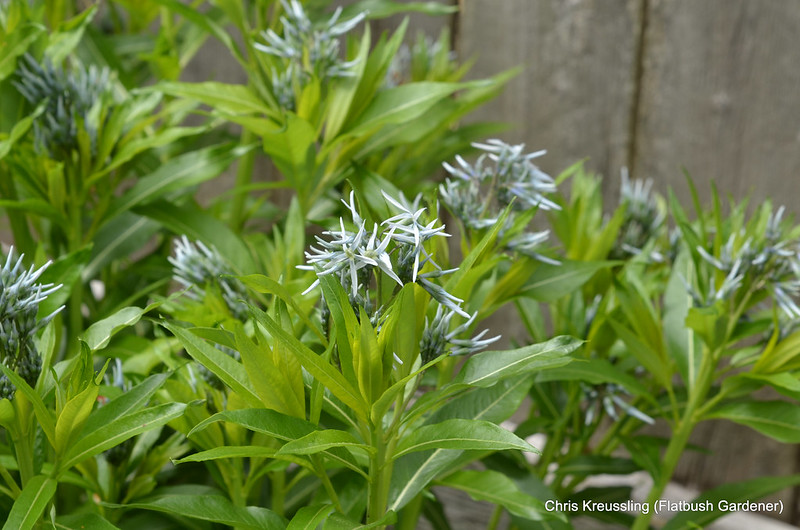 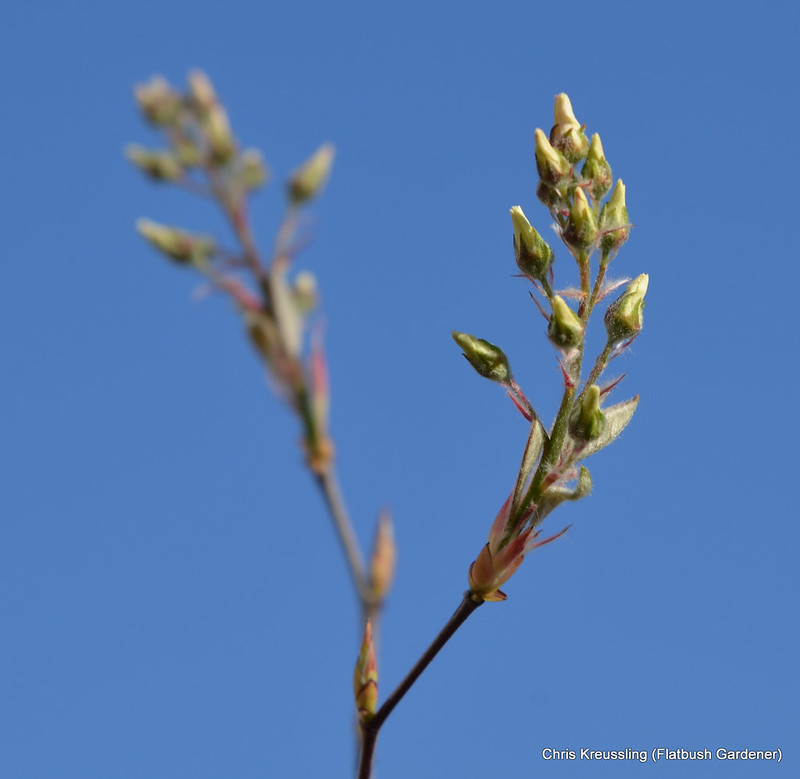 With a score or so species, subspecies, and natural hybrids native to northeastern North America, the genus Amelanchier goes by several common names, many of which represent the plants' phenology:


Shadblow
It blooms - blows - when the shad are running.
Juneberry
The edible, dark-purple fruit ripen in June.
Serviceberry
It blooms now, when the ground has thawed enough to dig new graves, and services can be held for those who died during the Winter.

There are examples of Amelanchier blooming all around us, if you know what to look for. Unfortunately, you're more likely to encounter Pyrus calleryana, Callery Pear, alien and invasive, and widely planted as street trees. This year, they started blooming before the Serviceberries.

Serviceberries, to my eye, are more elegant, with widely-spaced branches, and feathery flowers held in elongated clusters. My specimen, Amelanchier x grandiflora 'Autumn Brilliance', finally bloomed two days ago. It's opening unevenly, still a day or two away from full bloom. Perhaps it's as suspicious of our early Spring as I am, hoarding its treasures lest they all be squandered at once to a hard frost. 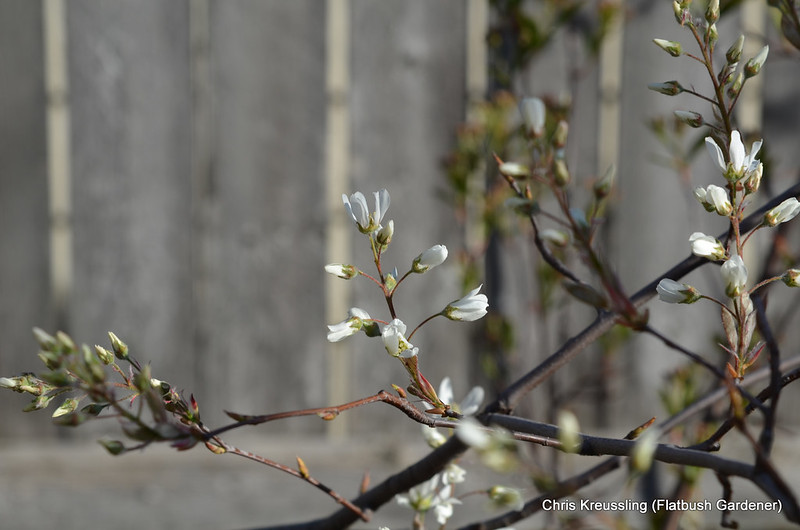 Our unseasonably warm weather has turned the phenology dial up to 11 in my urban backyard native plant / wildlife habitat garden. 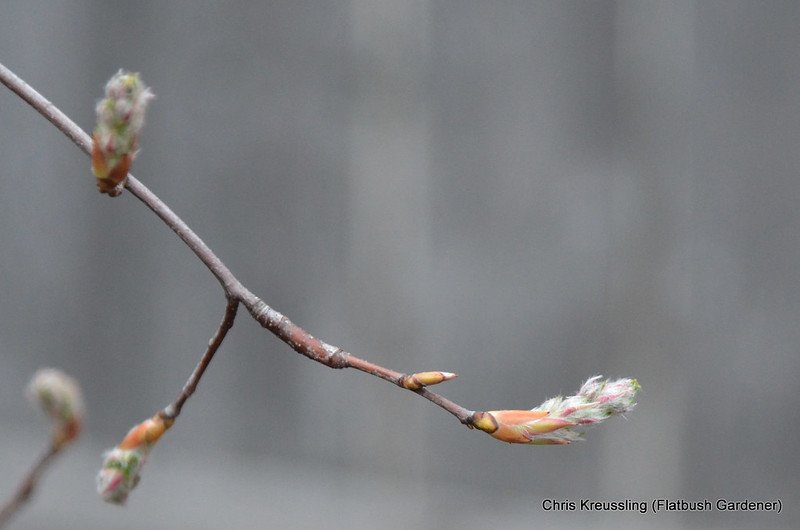 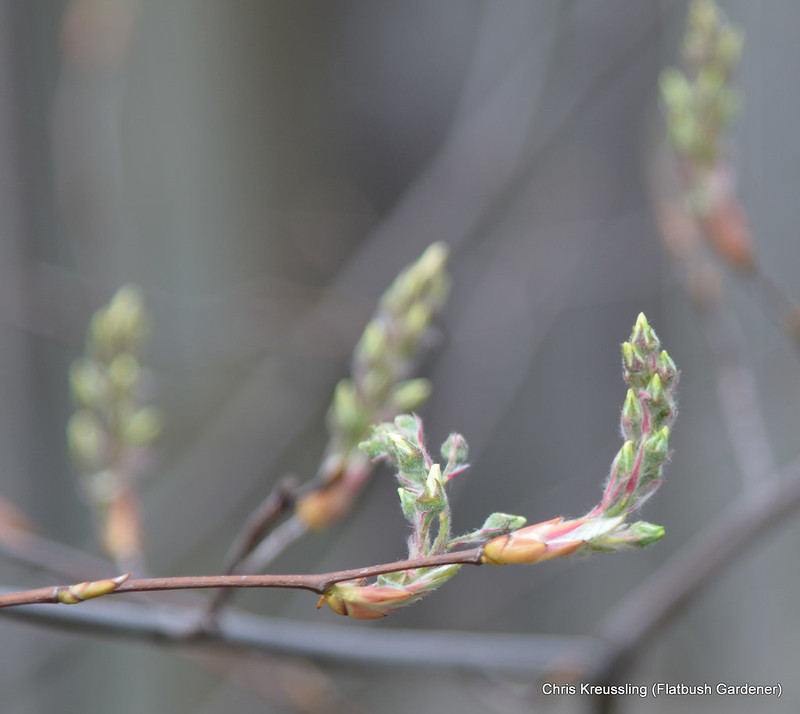 Helenium autumnale, Sneezeweed, NYC-local Ecotype. This plant already needs dividing, something I wasn't expecting to do for another month. 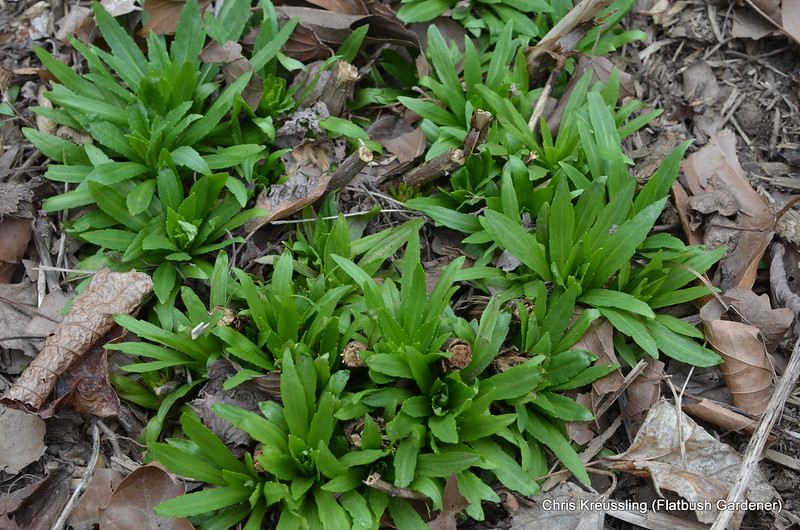 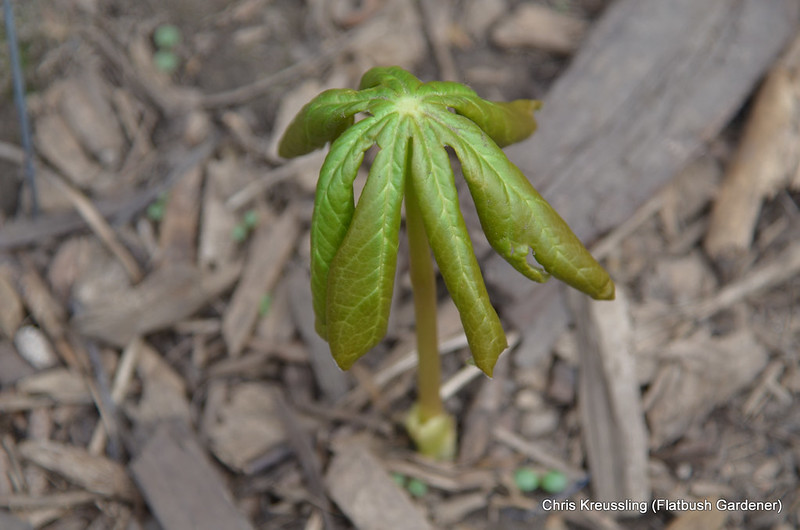 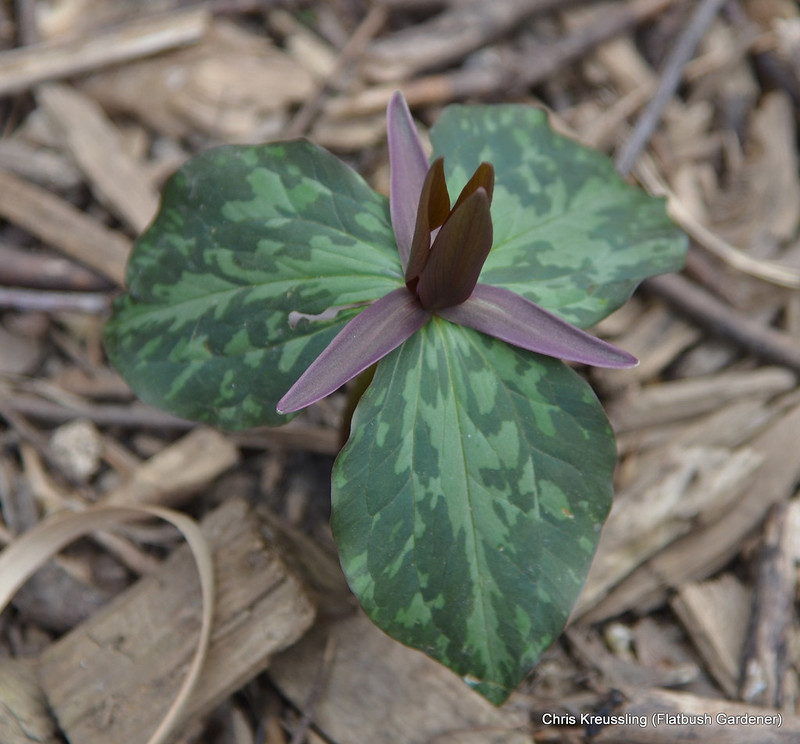 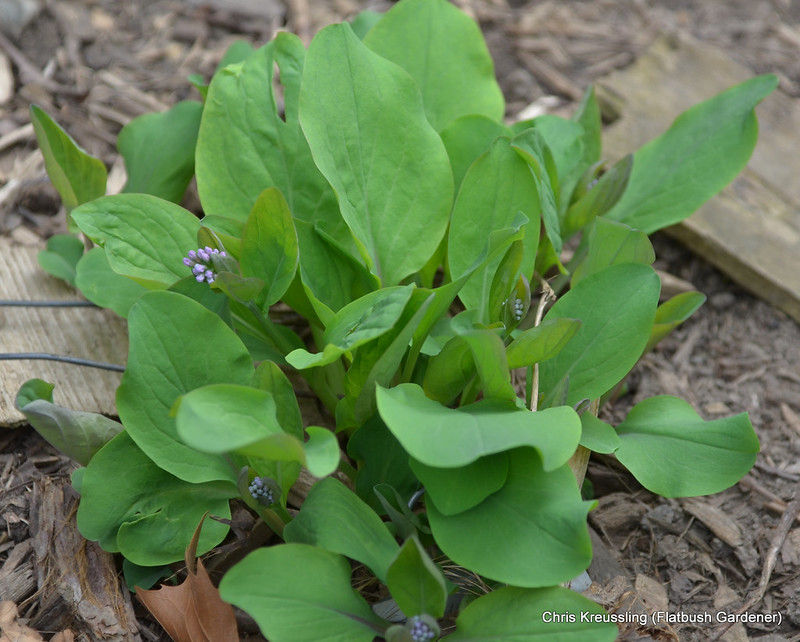 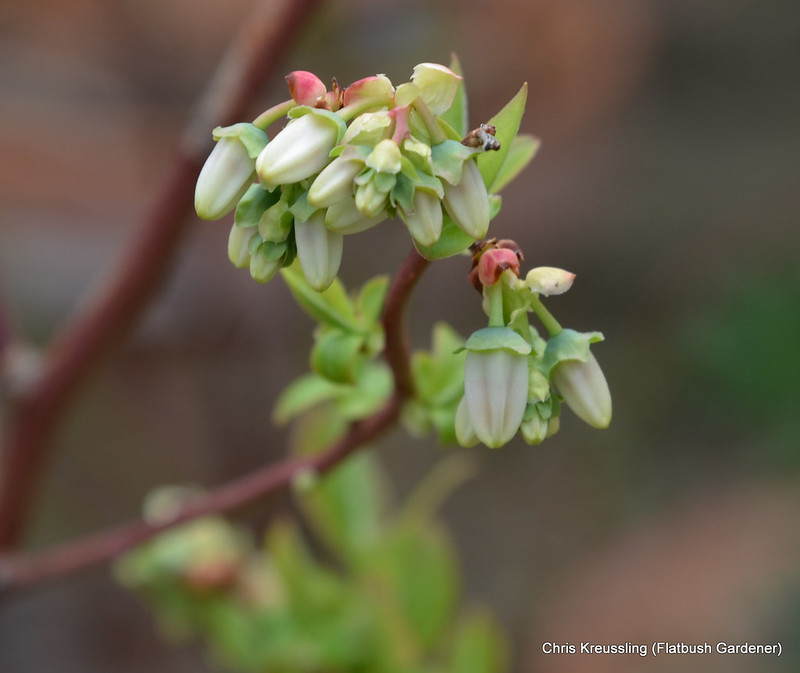 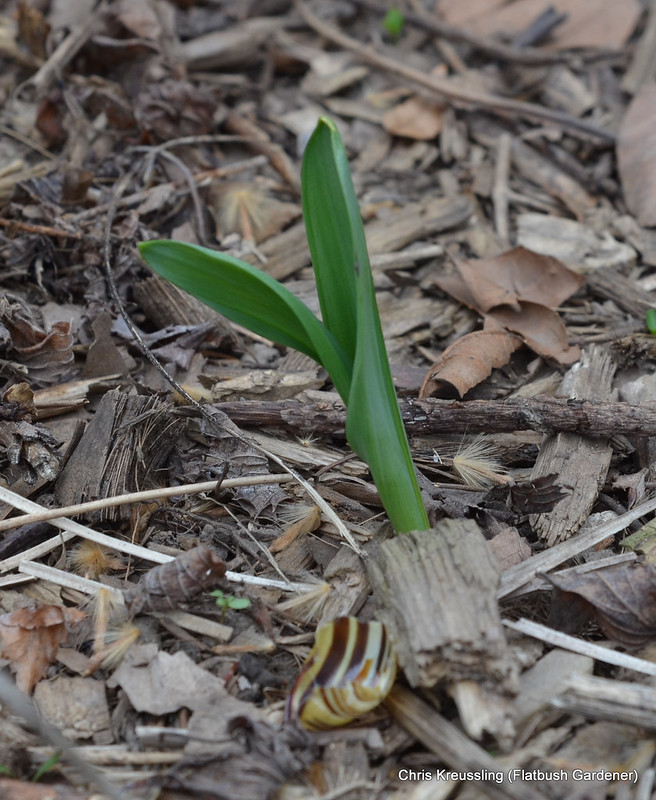