Over the weekend I was inspired to write a little tweet storm. I thought it would make a good blog post. 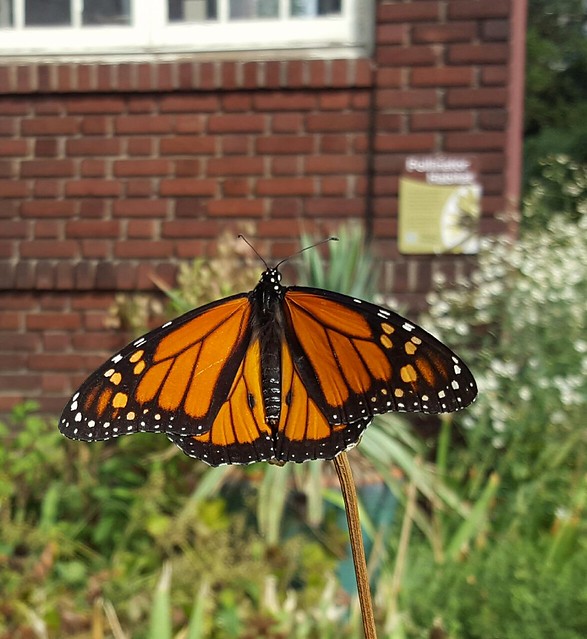 It started with a blog post by entomologist Eric Eaton, who goes by @BugEric on his blog, Twitter and other social media. Benjamin Vogt, a native plants evangelist (my word, bestowed with respect) tweeted a link, which is how it came to my attention.


The Monarch is the Giant Panda of invertebrates. It has a lobby built of organizations that stand to lose money unless they can manufacture repeated crises. Well-intentioned as they are, they are siphoning funding away from efforts to conserve other invertebrate species that are at far greater risk. The Monarch is not going extinct.

- Bug Eric: Stop Saying the Monarch is a "Gateway Species" for an Appreciation of Other Insects


I grow milkweed in my garden - at least 3 different species. (I'm waiting to see if the other 3 species persist and return.) I've documented monarch butterflies visiting the past 2 years. Last year I got eggs, and caterpillars. 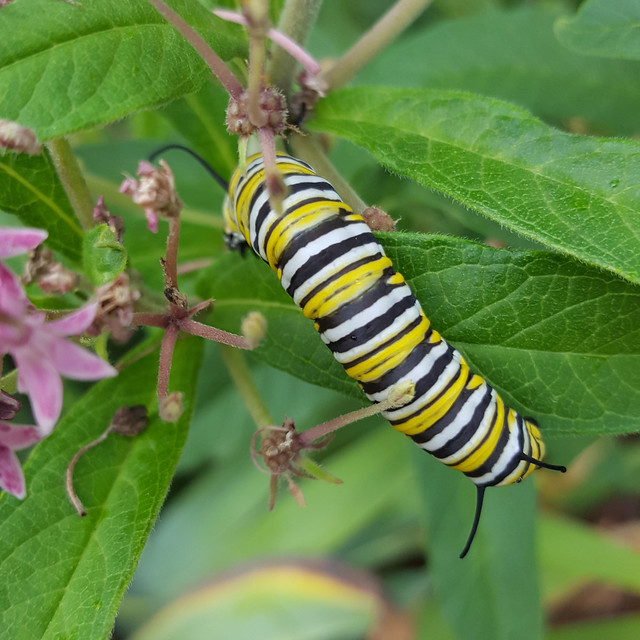 But monarchs aren't the only visitors to my milkweeds. 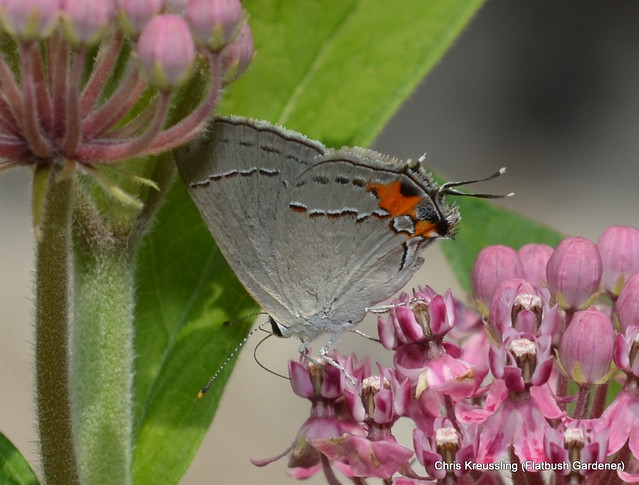 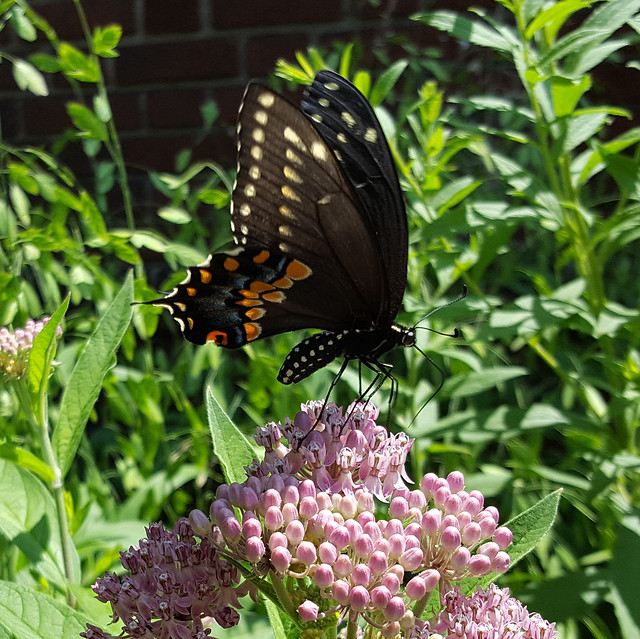 A popular argument for making the Monarch an invertebrate icon is that "being such an icon has really helped us reach the average person about habitat and native plants and conservation, and by extension, the environment and climate change," as one friend on social media put it. Well, if only that were true. If people who care about the Monarch had any understanding of ecology at all, they would not be complaining that "there are beetles eating the milkweed I planted for Monarchs!" They would not be devastated because one wasp killed one of the caterpillars.


As Eric noted in his article, gardeners who fret over "what's eating my milkweed" are valuing their monarchs over the other invertebrates. Like these aphids. 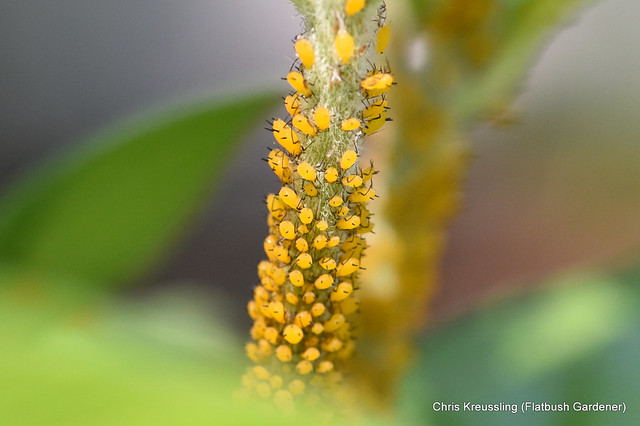 Like the monarchs, their bright orange color is aposematic, warning potential predators of their milkweed-borrowed toxicity. No matter ... They sustain other visitors, like this brown lacewing larva. 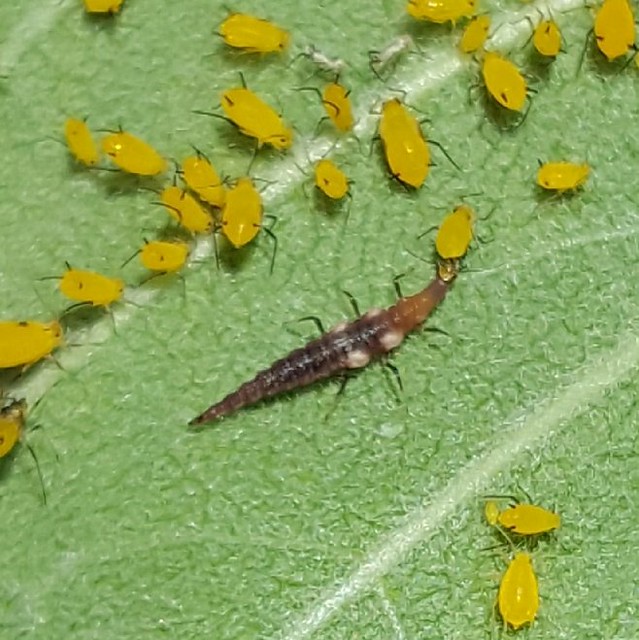 Or this Ocyptamus fuscipennis, syrphid/flower fly, showing great interest in the aphids on Asclepias incarnata, swamp milkweed, in my front yard. 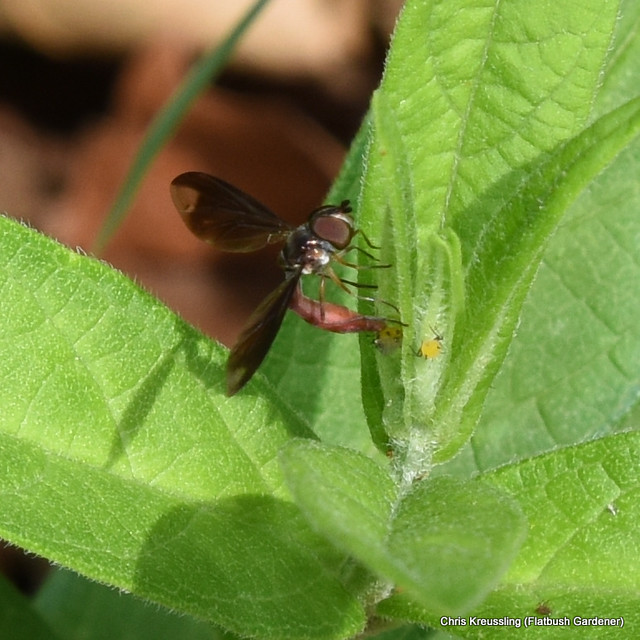 And who knows what this Hymenoptera was hunting for. 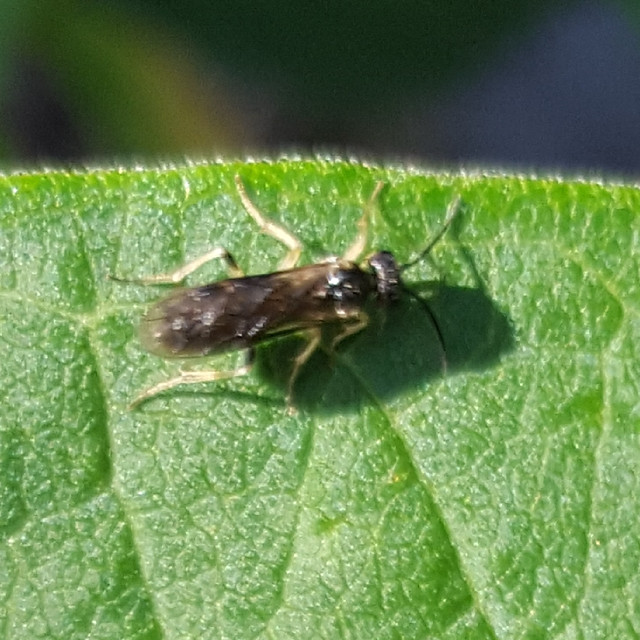 And there are other floral visitors besides the charismatic butterflies. 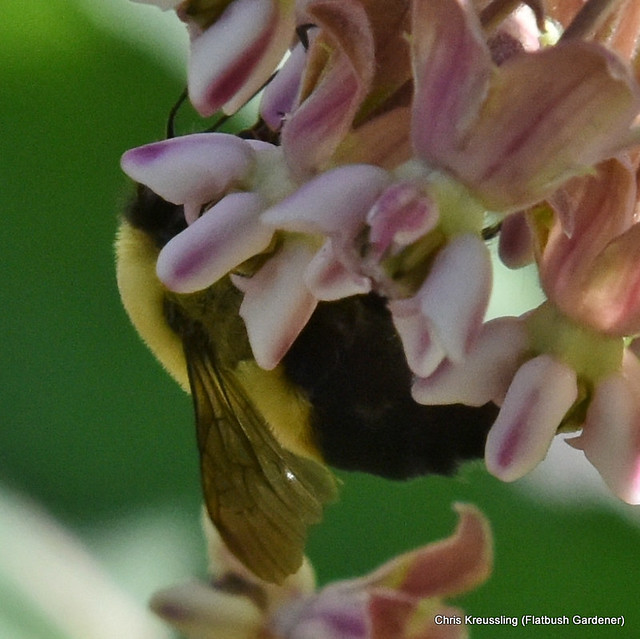 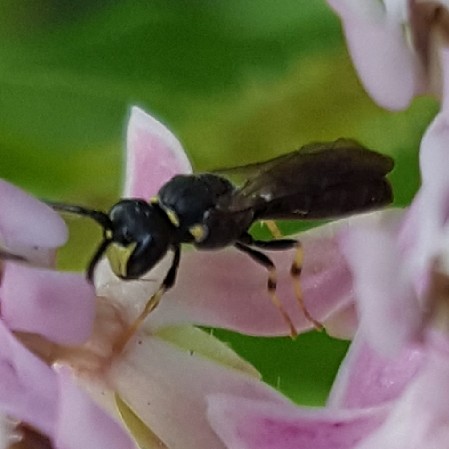 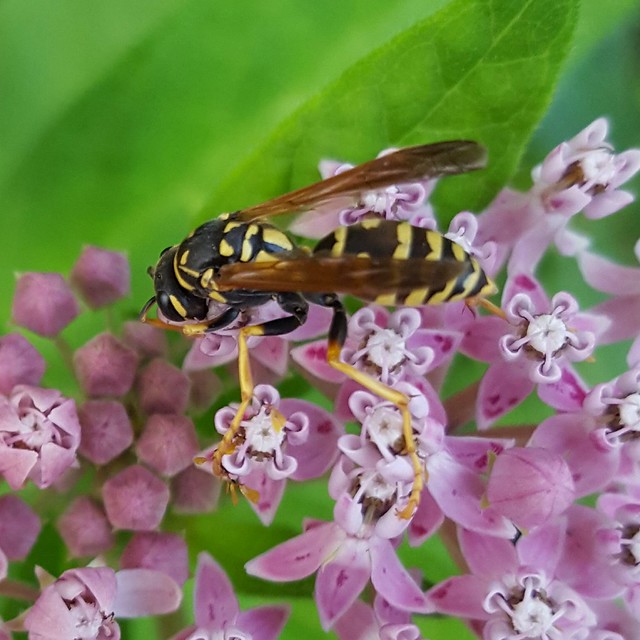 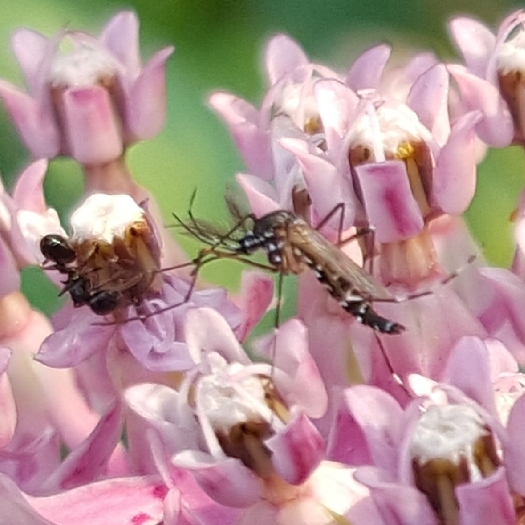 There are many more I've yet to identify. All this on just three species of plants in my garden. Plants that some would grow only for the monarchs.

I'm growing over 200 species of plants native to New York City, and another 80 or so regional natives. 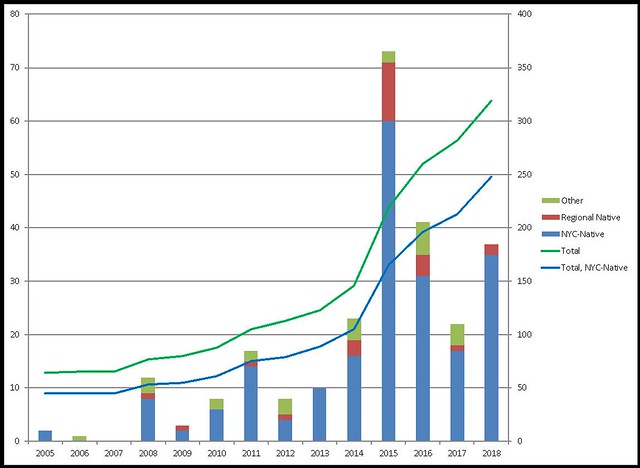 With all that botanical diversity has come insect diversity:
And, oh yeah, 24 species of butterflies, moths, and skippers. Including the charismatic monarchs.


Let's plant milkweed, just not only for the monarchs.

And not just milkweeds.

Oh, and no pesticides.

Milkweed species I'm growing in my garden. (Not all the photos are taken from my garden.) 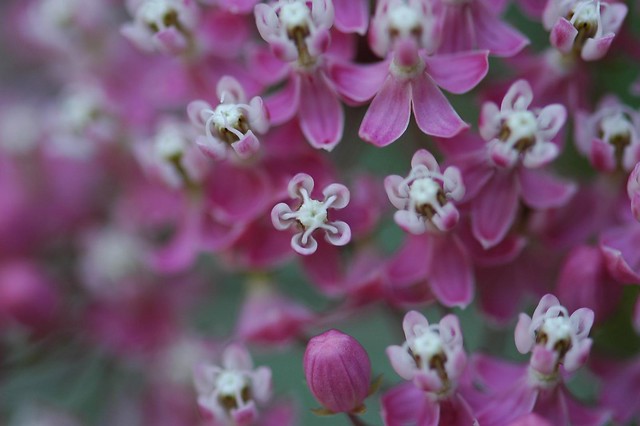 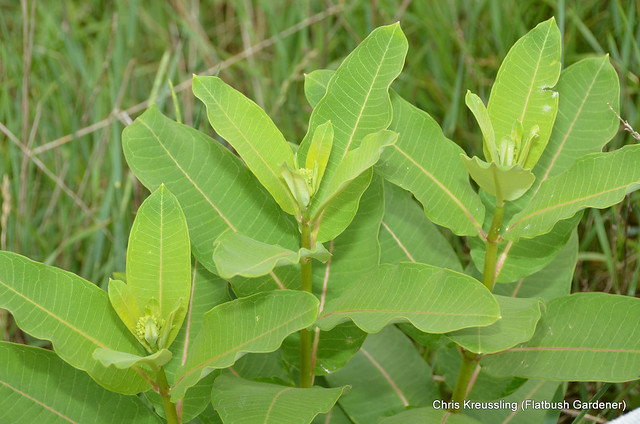 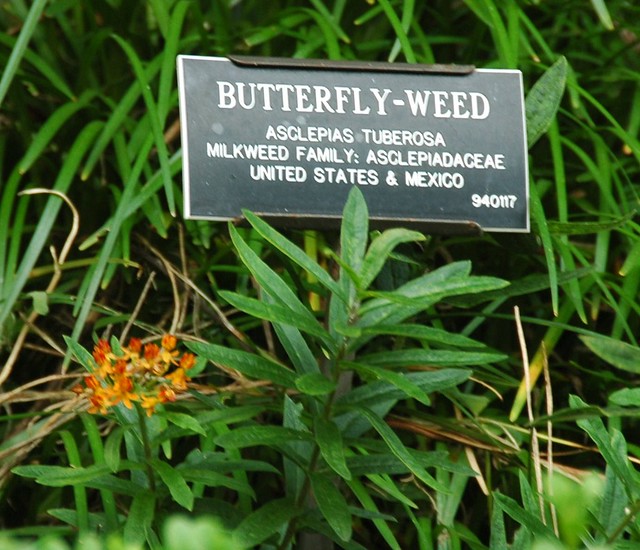 Bug Eric: Stop Saying the Monarch is a "Gateway Species" for an Appreciation of Other Insects
Posted by Chris Kreussling (Flatbush Gardener) at 2/12/2019 02:55:00 PM