Your host, reporting the observations of his breakout group to the larger assembly at IF2030 Workshop #1. Credit: Municipal Art Society. 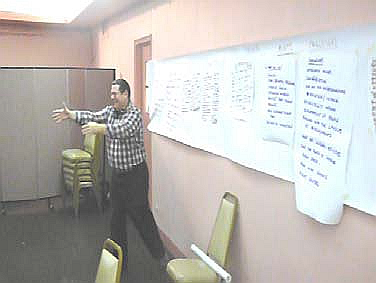 Yesterday's Brian Lehrer Show on WNYC has brought wider awareness of and interest in Imagine Flatbush 2030. For those who are curious about the process, or might even be interested in attending Workshop #2, here are the notes which the Municipal Art Society facilitators compiled from the first workshop back in November.

Imagine Flatbush 2030 kicked off on Monday, November 19 at Temple Beth Emeth, with a preliminary stakeholders meeting. (A list of approximately 150 stakeholders was cultivated with help from FDC, neighborhood groups, and elected officials. Stakeholders who attended were asked to serve as project ambassadors and assist with outreach for the next meeting.) [At least three of us who live within the study area and write about it on our blogs - Sustainable Flatbush, Brooklyn Junction, and I - attended the first workshop.] Approximately 50 of those invited attended—representing Brooklyn College, tenant associations, city government, homeowners associations, the local YMCA, merchants groups, community development groups, and civic and faith-based groups.

After an introduction by the Planning Center to MAS, Jane Jacobs, and the goals of the project, Elizabeth Yeampierre, Executive Director of UPROSE led a discussion of the meaning of neighborhood sustainability, the Mayor’s PlaNYC, and why neighborhoods needed to create their own agendas to work in tandem with the Mayor’s plan.

Attendees were asked to work in groups to brainstorm neighborhood assets and challenges, as a way of beginning a dialogue. Six groups produced observations that they first recorded on paper, then shared with the entire group at the end of the workshop. [A full transcript of all the notes from all groups will be available from MAS. I've asked for a copy as soon as its available. In my group, we covered both sides of two large sheets of paper!]

Next step: Workshop 2 at Brooklyn College Conference Center, Wednesday, December 12. [Note: This will start at 6:30pm, not 7pm as reported in these notes as sent out to Workshop #1 participants.] Agenda: public forum to identify sustainability goals.

As in past years, I'm limiting this list to northern North America for two reasons: Restricting this list geographically is in keeping... 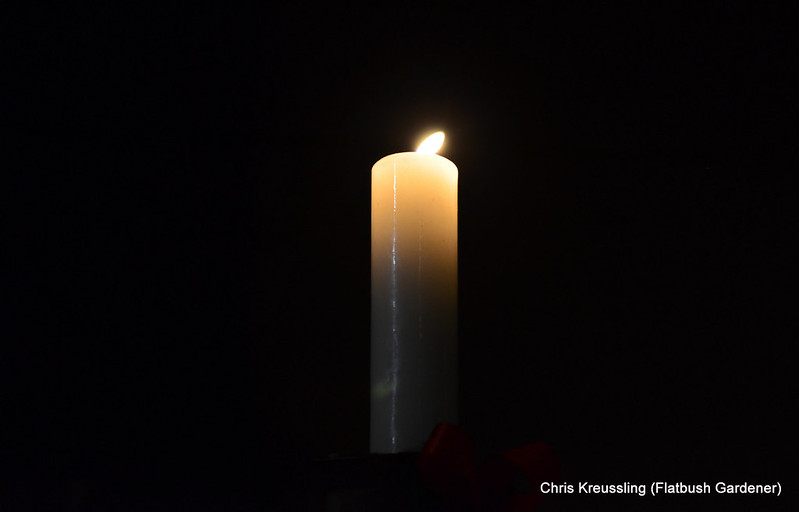