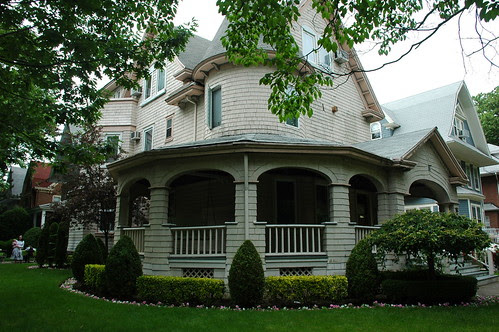 Map of the boundaries of Midwood Park and Fiske Terrace, as presented to LPC on October 16, 2007 (PDF) 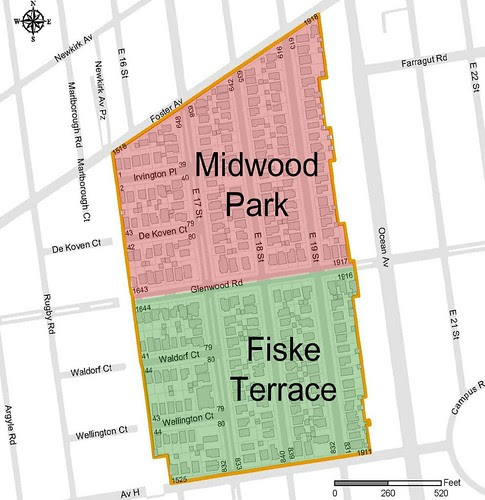 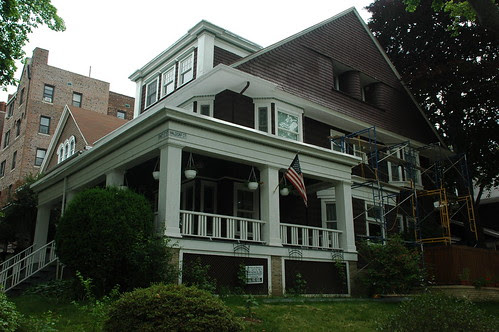 Here's the description from the LPC's press release:

Bound on the north and south by Foster Avenue and Avenue H, and on the west and east by the Brighton subway line and Ocean Avenue, this district comprises 250 eclectic houses that were largely completed and occupied by 1914, and were built by two prominent local builders and developers.

The primary developer of Fiske Terrace, which lies south of Glenwood Road and is named for George B. Fiske, an oil merchant, was the T.B. Ackerson Company, whose owner once boasted of transforming the area “from woods into city in 18 months.” Approximately 75 percent of the houses in the Midwood Park part of the district, which lies north of Glenwood Road, were constructed by the John R. Corbin Company.

Most of the houses in the district adhere primarily to the popular early 20th-century architectural styles, especially the Arts and Crafts, Colonial Revival and Dutch Colonial Revival styles. The houses were typically constructed in one of three forms: the box-like foursquare, crowned by a hipped or pyramidal roof; the temple-house, featuring a prominent front-facing gable; and the bungalow, with its low profile, deep porch with thick tapered columns, and broadly overhanging eaves.

Times admits past errors: We are not all Ditmas Park, March 15, 2008
Other posts on Victorian Flatbush

700 East 17th street no longer looks like that, take a walk by, they have installed vinyl siding in a beige color, oh well, better than Pink I guess.

That is really unfortunate. That was such a beautiful shingle-style house. I took that photo just last year in June.

I guess they wanted to get it done before it got landmarked. I hope they left the original shingles in place underneath so future owners can undo the damage.

You must be blind as well as color blind.

The cedar shingles that are now up are the same as the original material and they are grey not beige!!