477 Westminster Road, Ditmas Park West, one of hundreds of homes that will receive more protection with DCP's revised draft 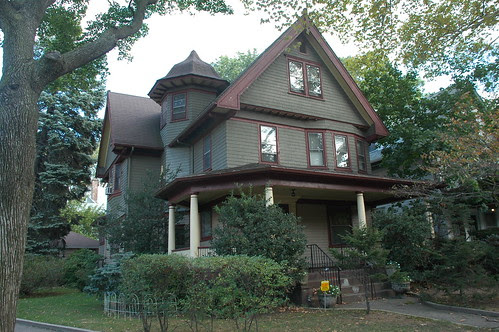 NYC's Department of City Planning (DCP) provided the first view of their revised draft of the Flatbush Rezoning Proposal to Brooklyn's Community Board 14 (CB14) on September 3, and more recently to the CB14 Executive Committee on September 18. I wasn't able to sit in on any of the meetings, but I've spoken with folks who've seen the new proposal first hand.

The revised draft is covered in Flatbush Life, including a photo of the redrafted map:

After a presentation to the executive committee of Community Board 14 – which greeted the plan warmly – the Department of City Planning (DCP) is moving forward to certify the proposal, which will launch the formal approval process for the rezoning.

During the meeting, which was held in the board office, 810 East 16th Street, DCP received accolades from board members and area residents for reworking the plan to take into account neighborhood concerns.

I wrote a detailed report about the earlier draft that DCP presented to CB14 and at a public hearing back in June. From everything I've heard and seen about this second draft, they got it right. In general, lots that are 50x100 feet will get the R3X designation, while lots that are 40x100 will get R4A. This is a more tailored approach than the broad brush of R4A that was painted over Ditmas Park West and South Midwood in the first draft. (See my original post for complete details on these zoning designations.)

They really listened to the concerns of residents, went back and re-drafted to address them. The free-standing homes responsible for the physical character of this area of Flatbush will be protected. All of Flatbush will be protected against unlimited height residential development. There are new opportunities for commercial development, and incentives for affordable housing. It's hard to find something to critique in this draft.

Flatbush Rezoning Proposal will define the future of Victorian Flatbush, 2008-06-13

Please be so kind to explain what R3x means and R4A means.

Complete details are available in the original post from June, including links to DCP's Web site with complete text and definitions for all zoning provisions. I didn't want to duplicate all that information on this post, which is just an update.