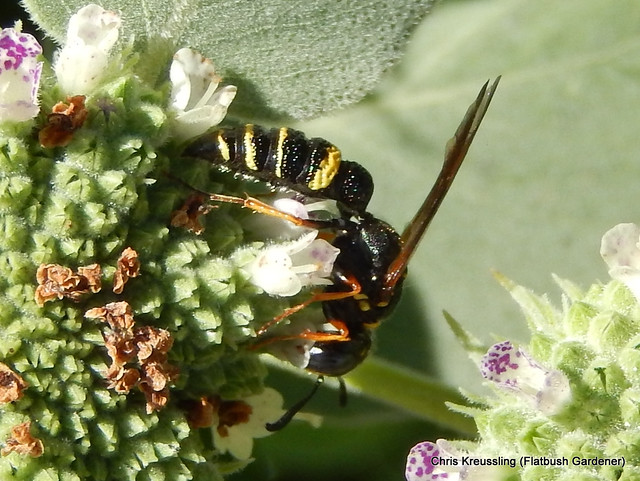 This thirsty little wasp face down in a cup of nectar is a Beewolf, so-named because they provision their larvae with bees. Despite the size of the image, these wasps are small; the individual flowers of this Pycnanthemum are about the size of a pencil point.

Their prey is also small. They favor Halictids, Sweat Bees. I grow a wide variety of native plants, attracting any different species of bees and wasps. There are several species of Halictids that frequent my gardens, making good hunting grounds for the Wolves. 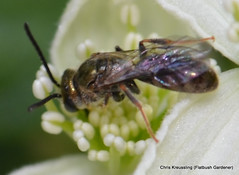 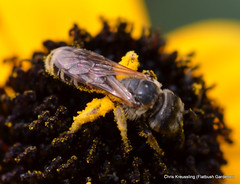 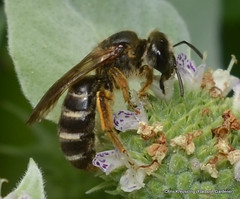 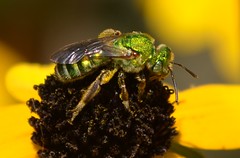 I first noticed and identified this species in my garden last summer. I noticed them again this year, then realized I'd never uploaded last year's photos. They are numerous this time of year, along with the little sweat bees. 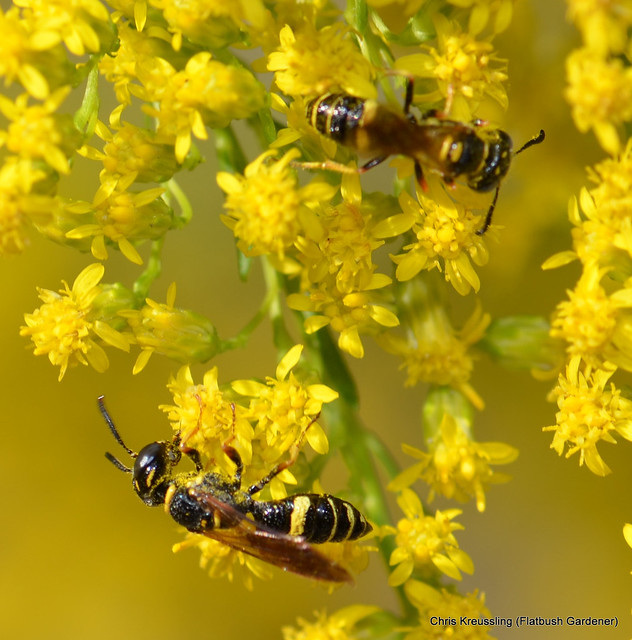 Beewolves earn that name. The females target small bees, and even other wasps, as food for their larval offspring. Not all beewolves you see around flowers are there for nectar. The females will actively stalk bees that are busy gathering nectar and pollen themselves. ...

A victim is stung immediately between its front legs, disabling a nerve center and rendering the bee paralyzed. The wasp then carries the bee beneath it, held in the wasp’s middle legs. It takes several bees to feed one larval beewolf wasp.