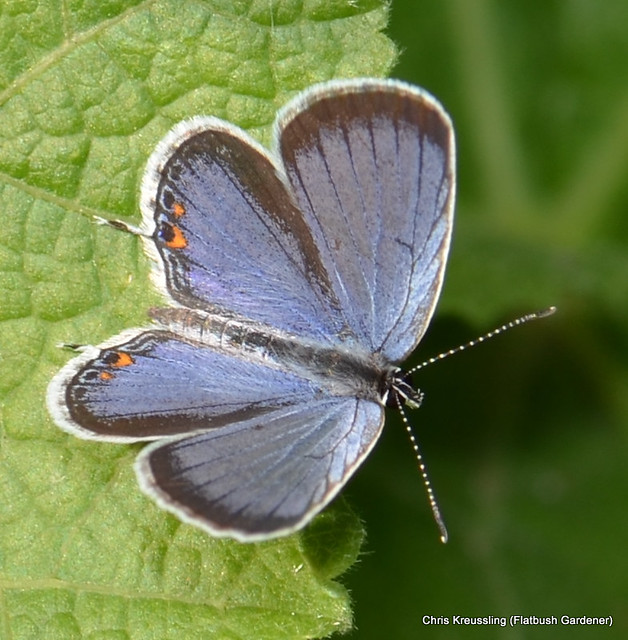 A lifer butterfly for me. Very lucky to get a few good shots of it while it was resting, wings open, to take in some sun. They're small and fast.


The undersides of the wings look completely different. Here's another one the same afternoon in a more typical pose with the wings folded up. 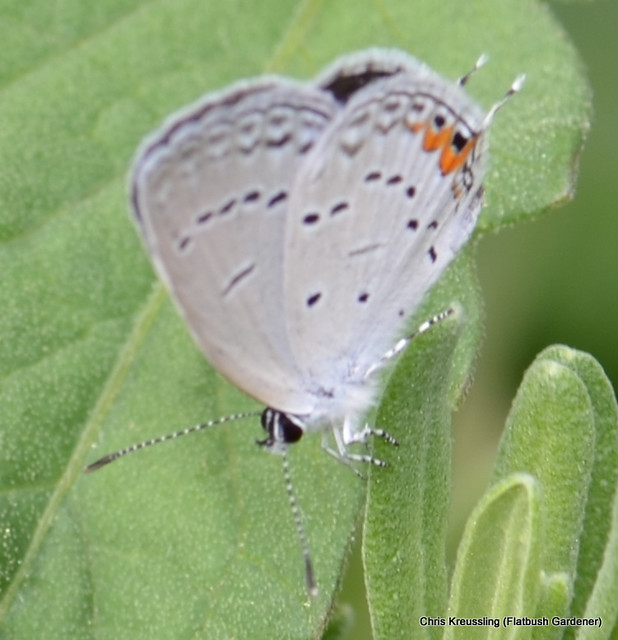 From the flight pattern, I thought at first it was a Summer Azure, which are common here. Perhaps these are what I've been seeing instead.

To me, it looks like a cross between an Azure and a Hairstreak. Took me a while to identify it on BugGuide.

There were two, at least, flying around today. Glad they're finding habitat in my gardens. I hope they make a home here.

The caterpillars eat the flowers and seeds of plants in the Fabaceae (Leguminosae), Pea Family. Genera and species include:

While there is some clover in my yard, the most prominent Fabaceae I'm growing is Wisteria frutescens 'Amethyst Falls,' a cultivar of the native Wisteria that has been reblooming in my garden most of the summer this year. I wonder if this is the plant that has attracted them?