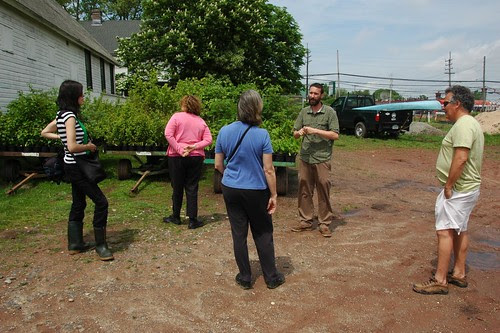 
Use of plant materials from local populations ensures the success of ecological restoration or enhancement of natural systems. Our seed collection begins by employing internationally accepted protocols for collecting seeds from wild populations that capture the full genetic variability of a given plant population. Genetic variation is the basis for evolutionary success.
- Mission, GNPC

Part of the protocol includes random sampling across a population. Collecting seed from the most vigorous plants, or those with the largest seedheads, or some other criteria, introduces unnatural, human selection. This distorts the evolutionary history captured in the genetic diversity across the population. The population grown on from those seeds will be less representative of the original, less adapted to the conditions in which the original plants were found, and less suitable for restoration efforts.

Collection must be distributed not just spatially across a population, but across time. A given population may have individuals whose seed ripens slightly earlier, or slightly later, than the bulk of the population. These outliers give the population as a whole more resiliency in the face of unusual or extreme conditions: a drought, an early frost, an unusual outbreak of insects. Seed must be collected throughout the ripening seasons to capture that diversity.

If you've never collected seed from your own plants before, I can recommend it. It's not so straightforward as you might think. You don't usually collect seeds. You collect the fruits that contain the seeds. Getting the seeds out - separating the seeds from the chaff - can take some work. And it requires different techniques for each species. 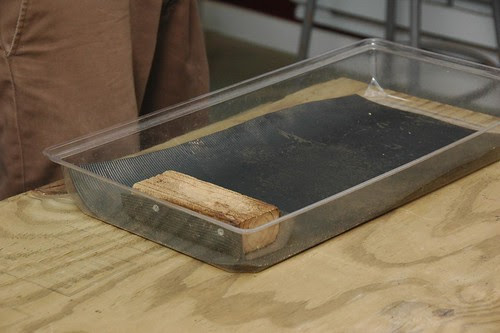 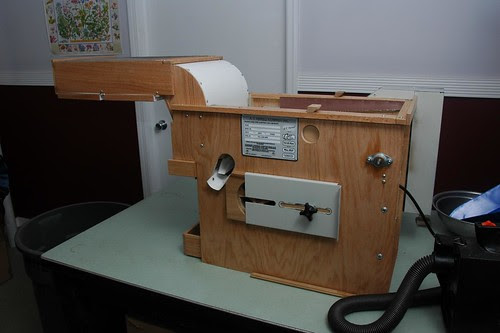 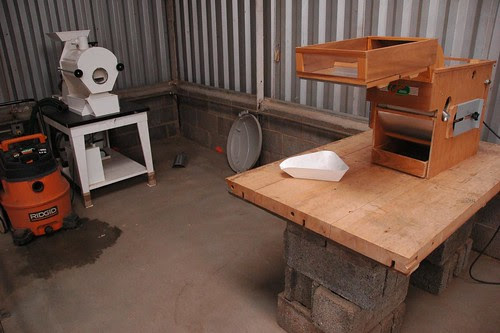 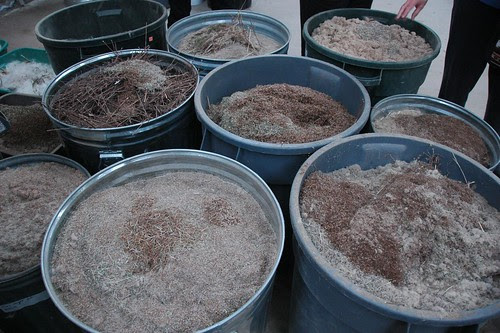 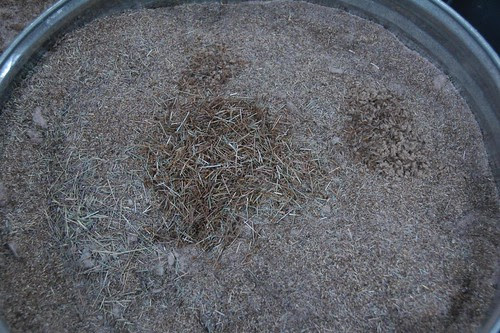 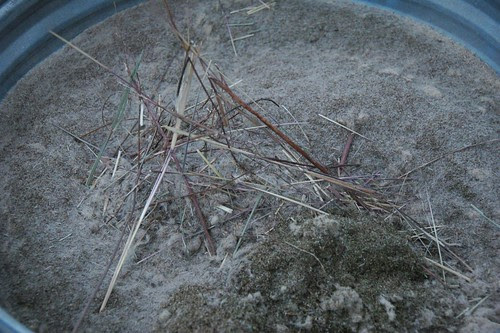 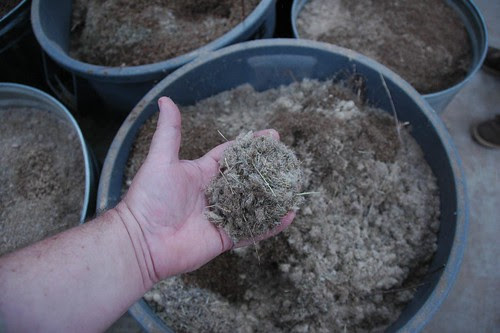 This chaff was softer than the softest feathers or wool you've ever felt. 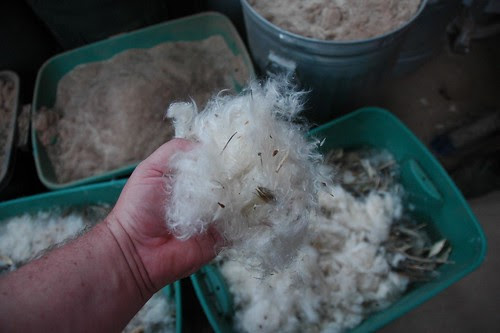 After separation, germination is tested in the Seed Lab. If germination succeeds, it means the seed is ripe; they sow the seeds in trays. They're germinated and grown in a greenhouse dedicated to this first stage in getting plants from seed. 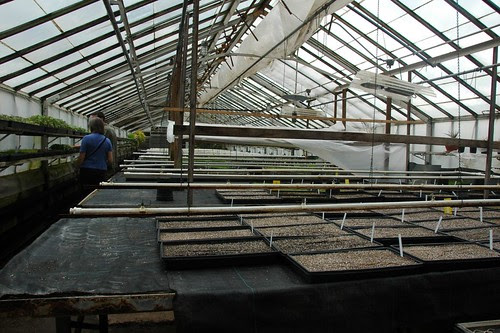 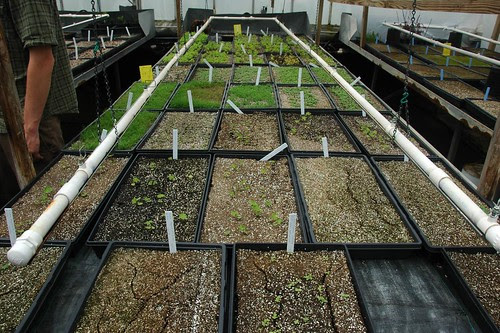 What results is a dense mat of first growth.

I didn't get the id of these grass seedlings. 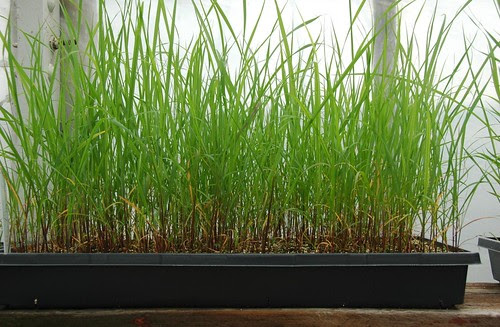 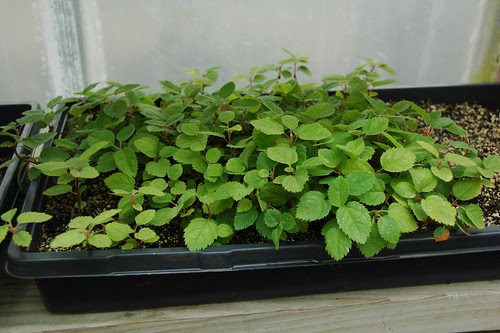 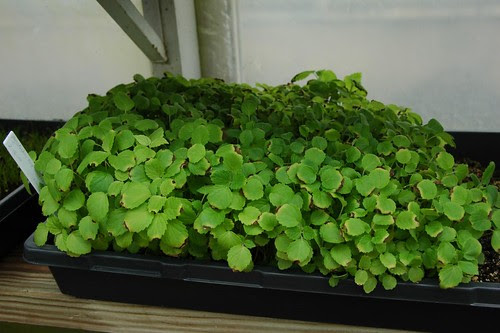 To grow past this point, the seedlings must be separated from their siblings. They're pricked out from the mat and planted in individual containers, just like you find in any plant nursery. It's delicate, time-consuming work. 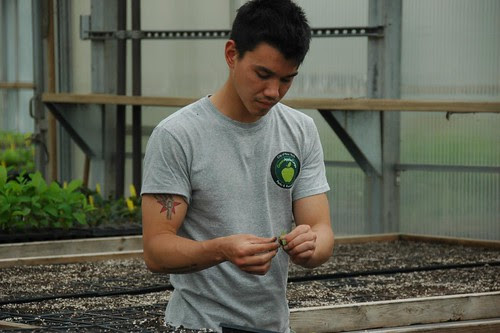 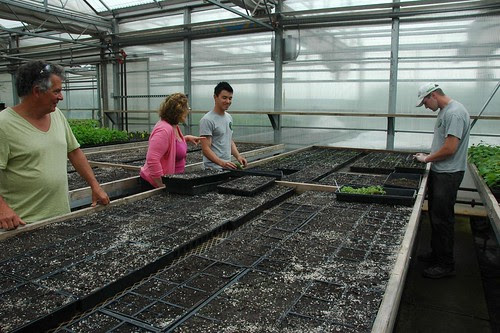 The result is an abundance of beautiful, healthy seedlings of NYC-local ecotype native plants. These will be grown onto successively larger containers, depending on the needs of the projects for which they've been contracted. 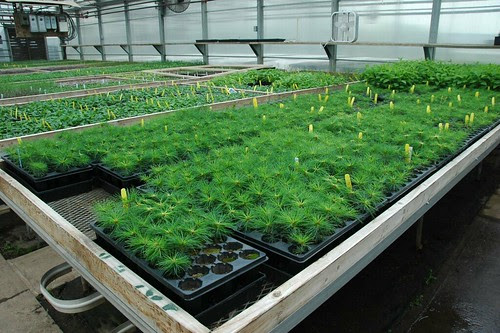 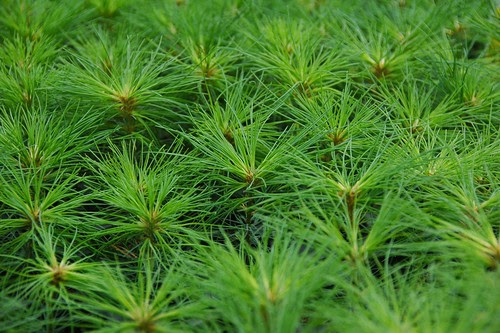 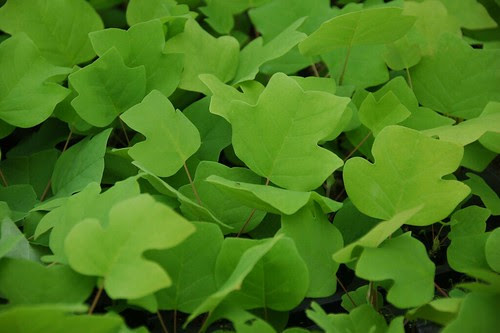 This was an excellent overview of the important work they are doing at the native plant center. Thanks for sharing!

Wow, that's awesome! I'm delighted to learn about this place. Is it open to the public?

nycww: Thanks! Still have my photos of seed prep and storage to add to the article.

L&R: It's a wholesale operation, so not normally open to the public.

I live within walking distance to Greenbelt! I always pass by it and I'm in awe!

Great and extremely informative post & photos. I had no idea of this kind of work going! Thanks.