The Brooklyn Daily Eagle reported yesterday that this report was "just released", although it was released back in April [PDF]. Nevertheless, the State of New York City’s Housing and Neighborhoods 2006 report, from NYU's Furman Center for Real Estate and Urban Policy, is worth a second look (or first look if, like me, you somehow missed the full report the first time).

In addition to statistics and trends by borough, they include the details and rankings by Community District. Most of Victorian Flatbush lies in the northern half of CD14, which covered Flatbush and Midwood:

Flatbush/Midwood tops the citywide rankings in price appreciation and median price per unit for single-family homes. Median incomes have been trending upward, poverty has declined by 3 percentage points and overall income disparities in the district have decreased. CD 214 is Brooklyn’s most racially diverse district and almost 60% of its households are immigrant-headed. CD 214 is the borough’s second densest district and has a very low proportion of open space or vacant land compared to the rest of the borough. The housing stock in CD 214 is in worse shape than average—serious housing code violations are high, and although a high percentage is rent-regulated, little subsidized housing is available.
- State of NYC's Housing and Neighborhoods 2006, Brooklyn Community District 14, Flatbush/Midwood [PDF] 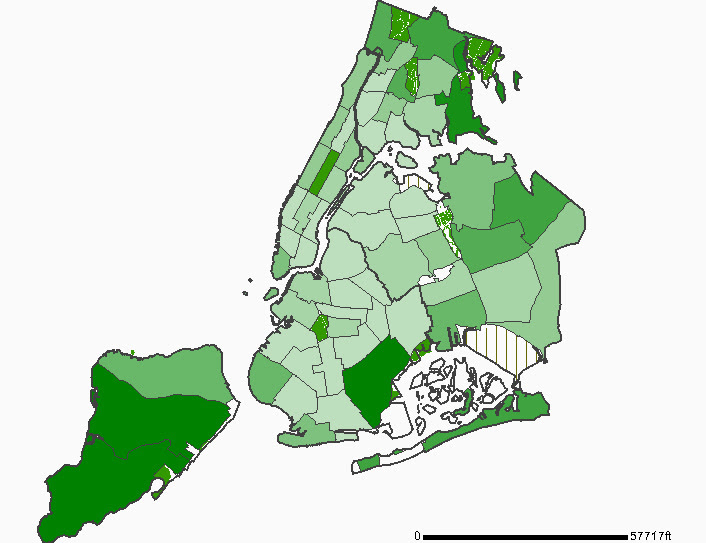 The Web site for the report has a complete index of reports by Community District.

we are indeed sorely lacking in PUBLIC green space here in Flatbush. this was pointed out many times at the recent Park(ing) Day event on Cortelyou Road, especially by parents, who have nowhere with grass and trees to bring their kids.