Albemarle Road in Prospect Park South featured in the Times 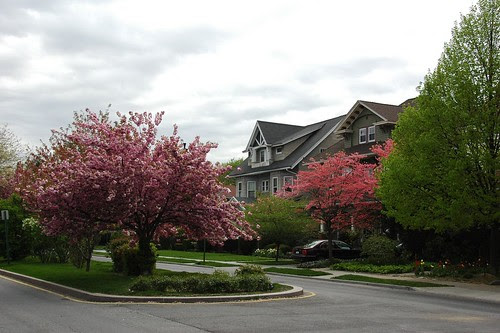 Grandest of all the streets in Prospect Park South is Albemarle Road, a broad, esplanaded boulevard of stately neo-Classical, Queen Anne and Colonial style mansions. In fact, for the three blocks from Argyle to Buckingham Roads, Albemarle is one of the grandest residential streets in the whole city, even with some dings and dents.
- Streetscapes | Albemarle Road: Brooklyn’s Stately Esplanade , Christopher Gray, New York Times, June 22, 2008

I'll say. Prospect Park South is the most photogenic neighborhood I know in Brooklyn. I've got over 100 photos of Albemarle Road alone on my Flickr site.

The greenscape is as impressive as the architecture:

Mr. Alvord created Albemarle Road as his main boulevard, with a planted strip down the middle and a dozen imposing houses east of Argyle Road, most built from 1899 to 1910. They created a most unusual place and were made grander by his main requirement — that no fences, hedges or plantings extend beyond the house lines, so the front yards combine into a unified majestic sweep. 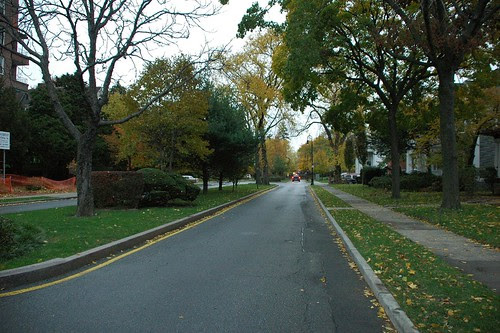 The Times fails to credit the man responsible for designing and planting these grand grounds, John Aitkin (or Aiken, I've seen both spellings):

Thousands of Shrubs, Plants and Trees to Be Set Out in Flatbush

Dean Alvord, owner, and John Aitkin, landscape gardener of Prospect Park South, the new residence park of Flatbush, have just returned from a tour of the nurseries [of several cities], where selections were made of over five thousand five hundred [5,500] ornamental shrubs, plants and trees for planting this fall. The list comprises rare evergreens and deciduous varieties chosen with reference to symmetry of form, color of foliage and beauty of flower. A foreign order has also been placed for 10,000 Holland bulbs of early spring blooming flowers, tulips, hyacinths, crocus and narcissus [Daffodils].

The form of street decoration carried out in Marlborough, Rugby and other north and south roads in Prospect Park South, will be varied in Albemarle road, where the unusual width will admit of a parkway through the center, with an asphalt driveway on either side. The more dwarf growing ornamentals will be planted in the parkway, and rows of shade trees will line the inside of the sidewalks.

Altogether, this fine residence section will contain the widest variety of hardy ornamentals and herbaceous plants to be found outside of city parks.

The Flatbush Malls sit within the area known as Victorian Flatbush, named because of the dominant architectural style. In the early 1900s, private developers constructed malls like this one to make the neighborhoods they built more attractive. Malls are common in New York’s outer boroughs. Dean Alvord bought 50 acres of farmland in 1898 to develop Albermarle and Kenmore Terraces. He hired the Scottish landscape architect John Aiken to create a rustic suburban neighborhood within the constraints of the Brooklyn street grid, and the result was largely achieved through the creation of these malls. Extending down the center of Albemarle Road, the Flatbush Malls run from Coney Island Avenue to Buckingham Road, then round the corner and continue one block north on Buckingham Road.

Aiken looked to Commonwealth Avenue in Boston, Massachusetts for inspiration. His mall on Albemarle Road is narrower than the malls on Commonwealth Avenue, as it does not include a central promenade like the one along the Boston street. The original landscaping of the malls featured shrubs and flowers, but did not include trees. The malls are now lined with a mixture of pine and oak trees, holly bushes, and other trees and shrubs, as well as seasonal flowers that grace the intersections. As part of the streets, the malls are owned by the New York Department of Transportation while Parks is charged with the planting design and maintenance.
- Flatbush Malls, Historical Sign, Parks Department 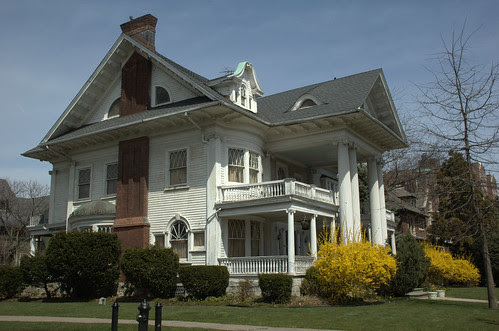 The Times article highlights a handful of individual homes, including 1305 Albemarle Road, the house I picked out as a good place for a haunting last Halloween:

The most unusual of these dwellings is the one built in 1905 for George E. Gale at 1305 Albemarle, at the northeast corner of Argyle Road, in white clapboard with a colossal two-story Ionic portico. Designed by an architect known only as H. B. Moore, the Gale house has a striking assortment of windows, among them roof dormers with a kind of webbed sash, topped by ebullient broken pediments. On the second floor, there are spider-web-type windows with Gothic-style sashes, and on the rear are leaded glass windows.