While last week I was obsessed with Amorphophallus titanum at the Brooklyn Botanic Garden, I've also been having my own plant watch here at home.

A month ago I blogged about ordering bulbs for next year. I noted that I had ordered Canna "Cleopatra" from Select Seeds this Spring, but I doubted whether that was what I had received. The leaves are supposed to be variegated green and bronze, but the leaves at that writing still showed only green. 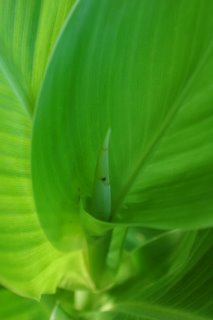 Thinking I didn't get what I wanted, I ordered replacement bulbs from Old House Gardens for next Spring. I just needed to be more patient. The sequence of photographs shows how quickly it transformed. I think the heat wave we had really got it going. I planted three bulbs in a large pot in the front yard. I've now got three flowering stalks. It's attracting comments from all the neighbors. 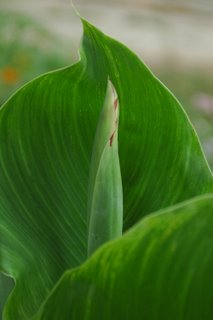 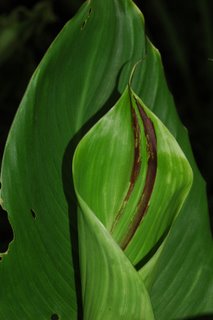 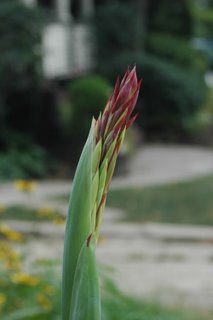 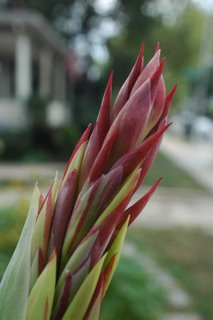 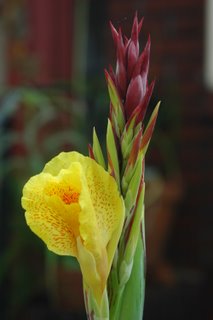 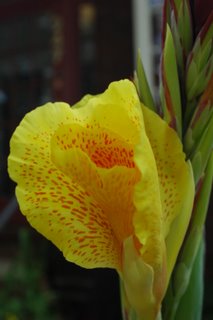 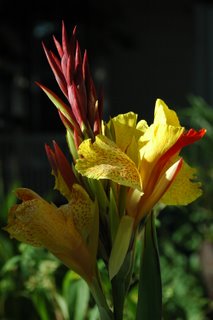 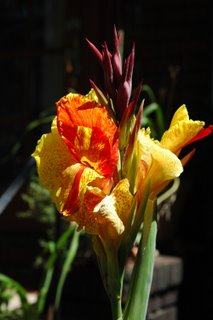 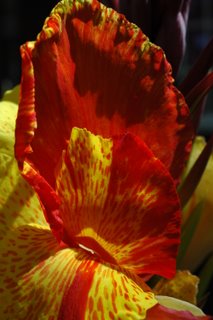 "Cleopatra" was introduced in 1895. It's also known as the "Harlequin Canna" for its variegated leaves and flowers. The variegation is unstable and unpredictable; you can see from the photos of my plant that the flowers appear different even on the same stalk of blooms. It seems to me it might be a chimera of two different varieties fused together. In other words, it's a freak, and a Victorian freak at that. That's why it will always have a place of honor in the heirloom garden at the front of our 105-year old Victorian house.

Very cool--love the progression photography on this! I've been looking for a type of canna to include in my backyard garden... now that I know this is an heirloom variety, it just may be "the one." Having an old house, too, I like to use natives and old-fashioned cultivars whenever possible.

Very nice! I just attempted cannas for the first time this year.