Brooklyn now has its own “Immigrant Express” — the Q/B Train — cutting through Flatbush to Brighton Beach and home to growing numbers of foreign born residents from Guyana, El Salvador, Poland, Armenia and Turkey.

“This corridor is as diverse as the corridor we see on the 7 Train,” said City Planning Department immigration czar, Joseph Salvo. “The bottom of Ocean Parkway has become a real United Nations.”
- Boro turning into a world, Jeff Wilkins and Elizabeth Hays, New York Daily News 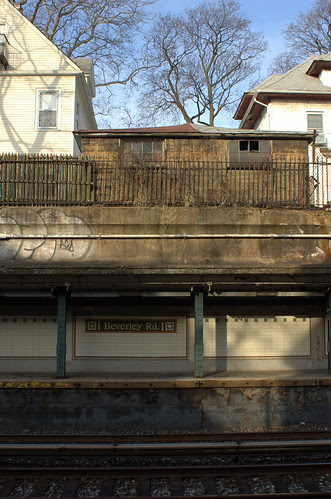 In 1970, Census Tract 520 in Ditmas Park [sic] was 92.1% white. Less than a quarter of the population was foreign-born, and most of them were Italian and Jewish. Today, the neighborhood is a miniature United Nations, with nearly two-thirds of the population coming from other countries.

Although Elmhurst and Jackson Heights have a larger percentage of foreign-born residents, the city's demographer, Joseph Salvo, said it's the convergence of racial and ethnic diversity that distinguishes Ditmas Park.
- In a Diverse City, Ditmas Park Takes the Cake, New York Sun, May 26, 2005

Census Tract 520 comprises the eastern half of Ditmas Park West, my neighborhood neighbor to the south, plus the blocks between Newkirk and Foster Avenues.

Its true -- the cultures along that line are diverse, they forgot to include russians in brighton beach-- how can you leave them out? lol...

Love it! Just one of the things I like about our neighborhood. Thanks for posting!

The demise of our white culture...this is a good thing? I live in Forest Hills and I don't hear english being spoken anymore on the streets, and the people in the stores are so disrespectful. Why is this a good thing? I am white and I want to live with other white people, but I can't do that anymore. I'm not being flippant...when I read a story like yours it just seems so irresponsible...I'm a minority wherever I go in NY city. To celebrate when minorities are literally taking over my own people seems foolish.