March of the Magnolias 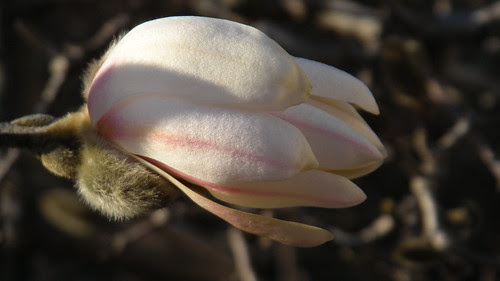 The flower above is one of thousands that are now opening in the Brooklyn Botanic Garden's Magnolia Plaza. With warmer temperatures expected today and the next few days, this weekend and next week will be a spectacular time to visit. Even the flowers still in bud can't wait to join the stage. 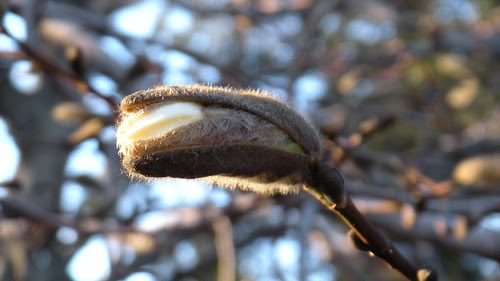 Actually, the Magnolia zenii blooms first at BBG [not M. stellata, as I had written], but it's in the back corner of the Discovery Garden so most people over 3' tall miss it.

Most of the Magnolias will follow M. stellata, Star Magnolia, in quick succession. Sometimes the bloom on a tree lasts only a week, depending on the weather. You should visit in person at least once over the next three weeks. But this year, for the first time even distant visitors will have a chance to witness the parade of bloom, thanks to one of Dave Allen's time-lapse videos, now in the process off being captured. 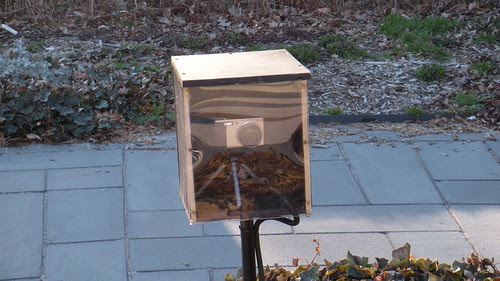 Okay, maybe I have some weird bud fetish, but that picture of the petals coming out of the fuzzy overcoat is INCREDIBLY SEXY!!! (whew)

Is it a little early, do you think? I posted these pictures last April...

Not too early. Tuesday afternoon, the other Magnolias showed no sign of breaking bud.

We were there the same weekend last year! Maybe even the same day. Love your photos from the Native Plant Garden. I can't wait for it to re-open this year.

This is my favorite Magnolia. I agree with Brenda - there's just something about the fuzzy buds.

Just dropped in to say Happy Spring. I would love to see the Magnolia Plaza.

I love magnolias, and I agree they are very sexy! Love their sweet fragrance too.