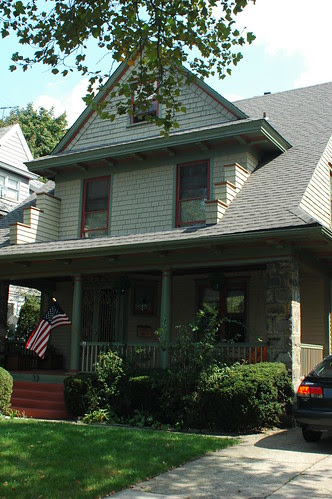 This is a reminder that Brooklyn's Community Board 14 (CB14) is holding a Public Hearing on the Flatbush Rezoning Proposal this Thursday, April 2, at 7pm at P.S. 249. [GMAP] This is the first public review of the proposal since NYC's Department of City Planning (DCP) certified the proposal on March 2.

This will be the first of the four public reviews which the proposal must undergo before it becomes law. The ULURP "clock" requires that CB14 complete their review and submit their decision by May 11, though they're likely to finish within two weeks. The CB14 Executive Committee meets next Monday, and the regular CB14 monthly meeting is the Monday after that, April 13.

Approval by CB14 and the Borough President are widely seen as a fait accompli. We anticipate opposition from developers - whose community interests usually take the form of build, take the money, and run - for the DCP and City Council hearings. We also anticipate that they will be greatly outnumbered by community members supporting the proposal.