A weekend at the Brooklyn Botanic Garden, Part 1: The Osborne Garden 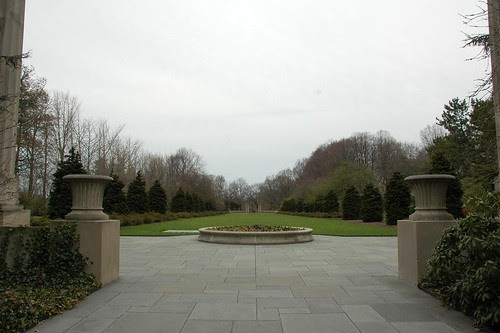 I spent most of yesterday and a couple of hours today at the Brooklyn Botanic Garden. There were several things that drew me to the gardens this weekend:
I took hundreds of photos from every part of the gardens except the greenhouses. I've gotten most of them through my workflow, but there's still more to sort through, cull, edit, label and so on. It will take me a few days, so I thought I would take the opportunity to organize a series of posts, grouped by the area of the garden, regardless of which day I took the photos.

I'm cheating a little with this first group; I took many of them Thursday evening, on my way to my Botany class. These are all from the Osborne Garden, the formal gardens that bridge the Eastern Parkway entrance to BBG with the main body of the garden. In past years, I've hardly ever seen this garden. It's out of the way; unless you enter or exit from Eastern Parkway, between Mount Prospect Park and the Brooklyn Museum, it's a detour, a cul-de-sac off the beaten path. But since the the Eastern Parkway stop on the 2/3 train is right there, this will be my commute to evening classes at BBG. I'll be seeing, and photographing, a lot more of the Osborne Garden over the next year or two.

Here's how BBG describes the Osborne Garden on their Web site:

This three-acre, Italian-style formal garden is a kaleidoscope of color in May with azaleas, rhododendrons, crabapples, and wisteria draped over wood and stone pergolas.

The art of formal Italian landscaping comes to life in the Osborne Garden, where wisteria-draped pergolas frame an emerald lawn. In spring, daffodils, pansies, and tulips bloom, followed by crab apples and cherries, which gradually give way to azaleas, rhododendrons, and wisterias. The 30,000-square-foot central green is surrounded by a fountain, water basin, stone seats, and soaring columns.

My botany class runs into May. I'm hoping that gives me a chance to see the Wisteria in bloom on the pergolas. 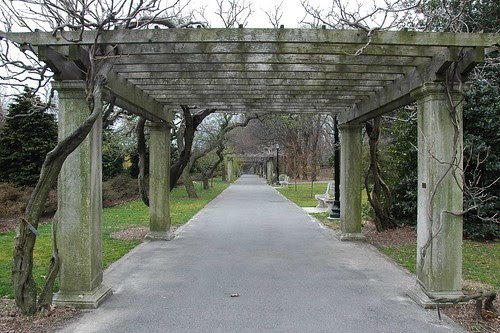 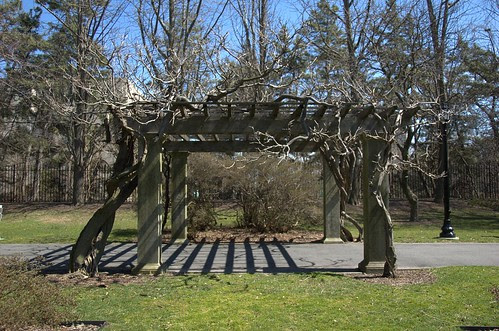 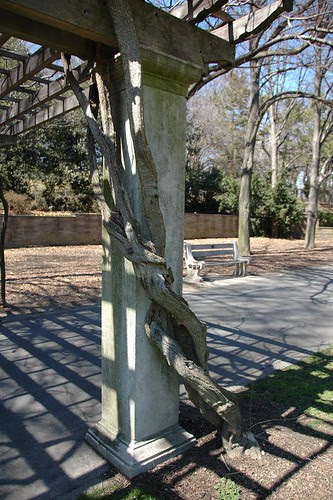 On the east and west sides of the central lawn are walkways through 10 pergolas draped with wisteria. Evergreens and flowering fruit trees such as cherries and crab apples shade the walkways. Rhododendrons and azaleas line the paths, and on the west side is a boulder wall accented with shrubs, perennials, and annuals. 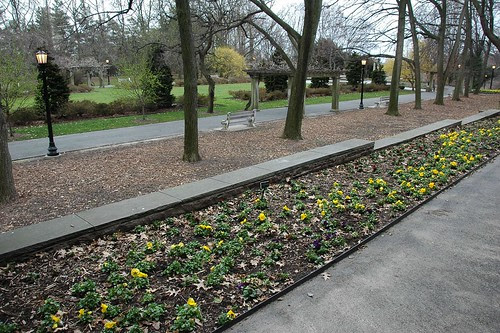 I caught up with the Straw hatters about halfway through their visit. They had just finished visiting the Children's Garden, and were coming up the Flatbush Avenue side of the garden to the Rock garden, where I met them. We looped around from there, including a pass through the Osborne Garden.

Straw Hatters in the Osborne Garden 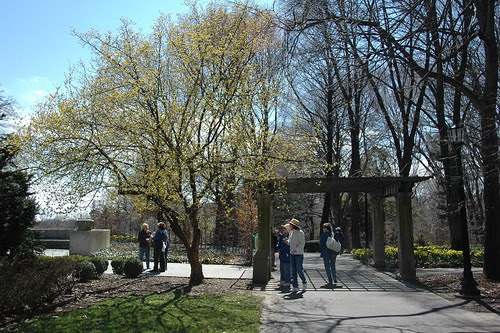 They were admiring one of the Cornus mas, Cornelian Cherries, in bloom. 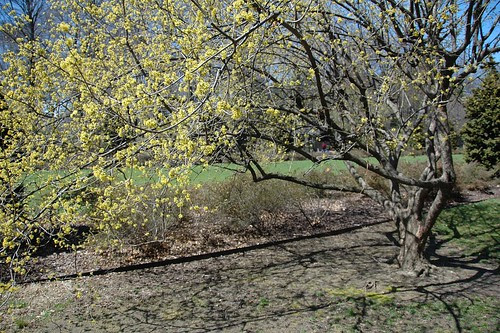 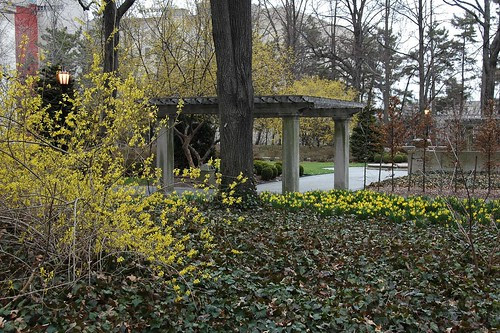 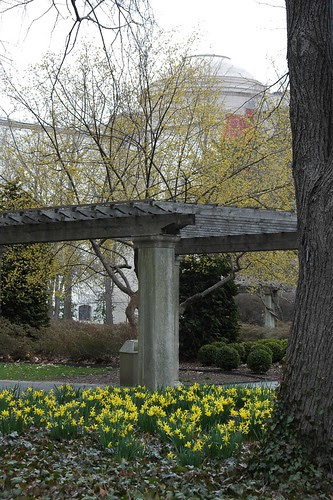 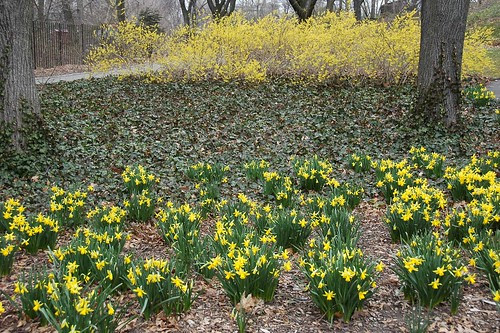 The southwestern spur of the Osborne Garden has azaleas and rhododendrons. These will be also be something to watch over the coming weeks. 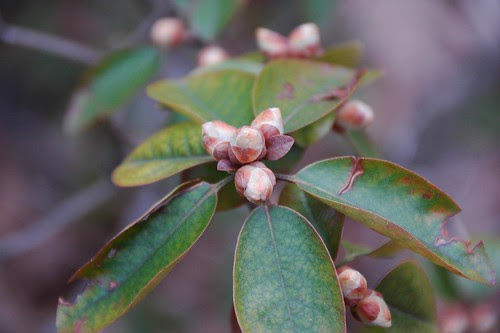 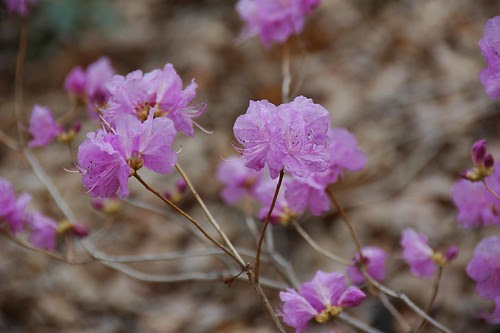