The Bluebell Wood at the Brooklyn Botanic Garden

The Bluebell Wood at the Brooklyn Botanic Garden as it appeared last Thursday, May 15th, 2008. 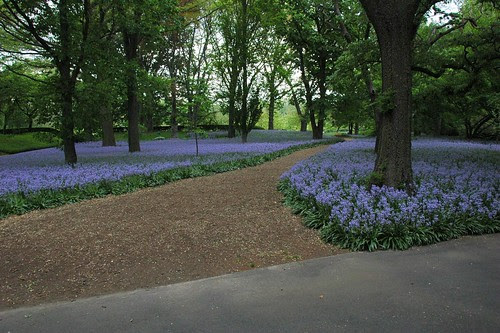 One of the things that great public gardens offer is large-scale displays of which gardeners of more modest means, and space, can only dream. The Bluebell Wood at the Brooklyn Botanic Garden is one such display:

More than 45,000 bluebells (Hyacinthoides hispanica 'Excelsior') are planted under a mature stand of oak, birch, and beech trees just south of Cherry Esplanade. In May, the bluebells burst into flower and create an enchanting woodland display.

I'd also like to know how much area they cover. It feels like an acre, but it's probably "only" a quarter-acre. City gardeners don't get much sense of garden space measured in acres. We're usually dealing with space on the order of square feet.

These photos show how it looked last Thursday, when I also took the photos of the Osborne Garden. I don't know how long this show lasts. I'll be back there Wednesday evening for the start of my Pest Management class and see how it's holding up.

The path in the photo above and immediately below leads to the meandering Cherry Walk and the two western entrances to the Japanese Garden. 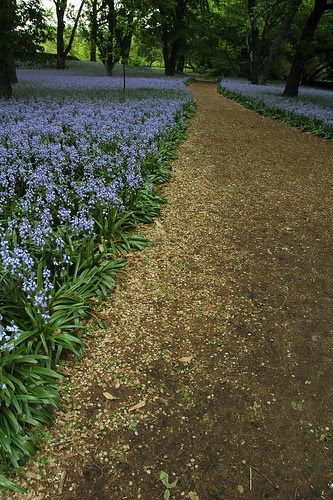 This path leads from the formal fountain and roses - part of the Cranford Rose Garden - at the foot of the Cherry Esplanade. 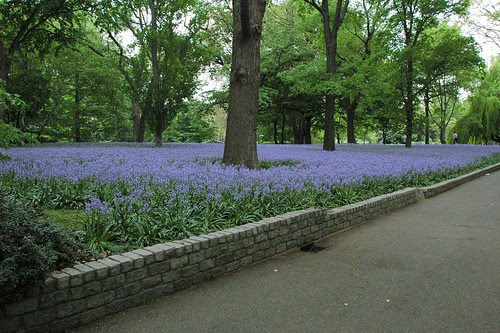 Photos don't do it justice. It's hard to capture and adjust for the blue and light filtering through the trees. Morning or mid-day would probably be a better time for this than evening, when I visited. 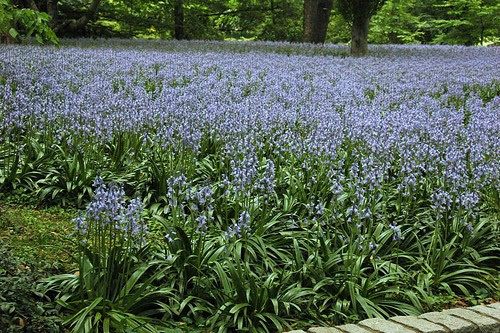 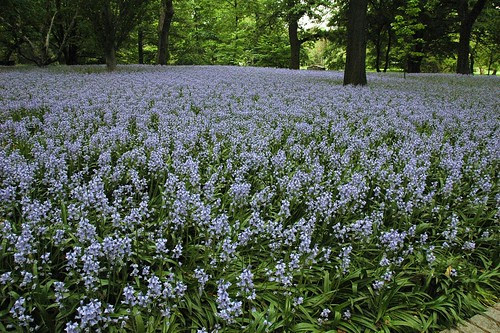 Earlier in the Spring, it really doesn't look like much at all. 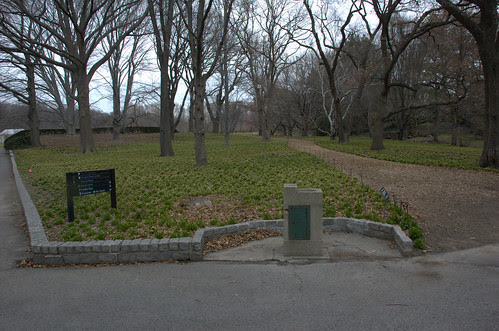 The Osborne Garden and Shade Garden at the Brooklyn Botanic Garden, May 16, 2008
My photos of BBG's Bluebell Wood

Your photography gets better and better! This is such a beautiful shot. (I voted for you on the Mouse & Trowels, you deserved the nomination!)

Thanks, Matt! I'm still licking my wounds from that defeat :-)

Awwwwwww...I can't believe I didn't know about the bluebells!