My view of last night's Blogfest attendees when I took the stage to talk about the Brooklyn Blogade. 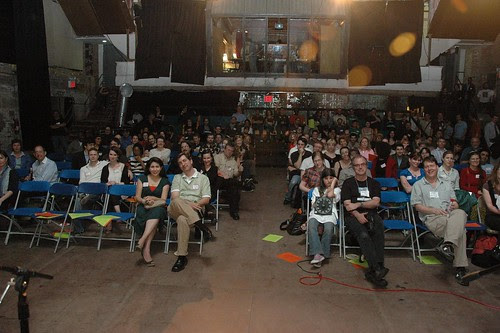 Last night I attended the third annual Brooklyn Blogfest. I spoke briefly about the Brooklyn Blogade (about which there will be more in another post later today) at the end of a lineup of illustrious Brooklyn bloggers. 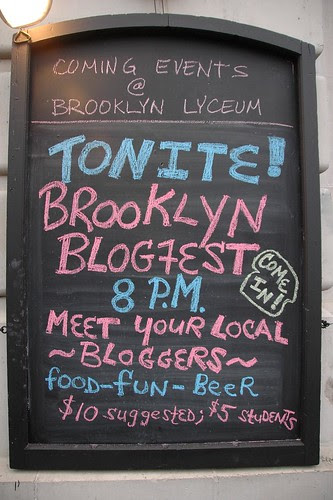 I estimate about 165 people attended. There were 210-220 chairs on the floor of the auditorium; they were mostly filled, but it was not a packed house. I helped collect the donations at the door and kept a tally of everyone who paid; we only had three $0 donations. We had about 130-140 people at the door. That does not include staff, sponsors or media, who comprised an additional 30 or so. 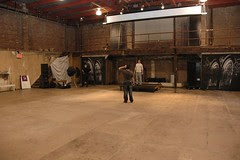 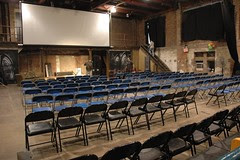 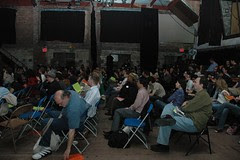 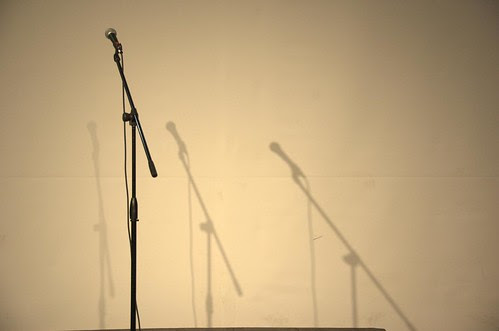 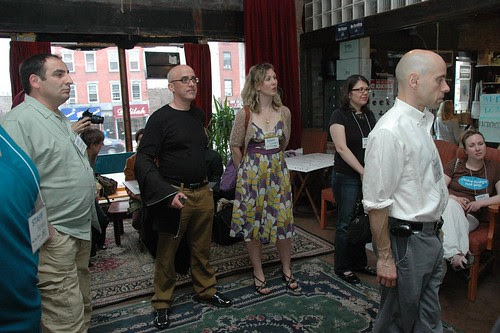 I didn't get any shots of the speakers, since I was still busy staffing the table during the event. I got a couple shots of the shout-out, where bloggers get to introduce themselves and their blogs, and the after-show party. 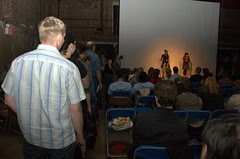 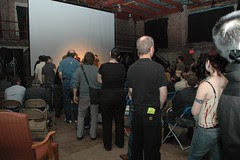 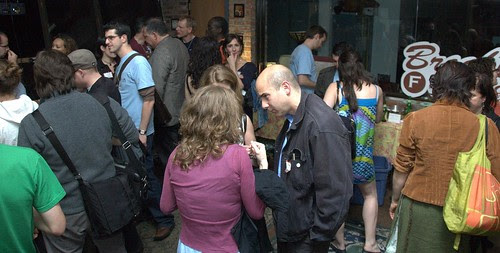 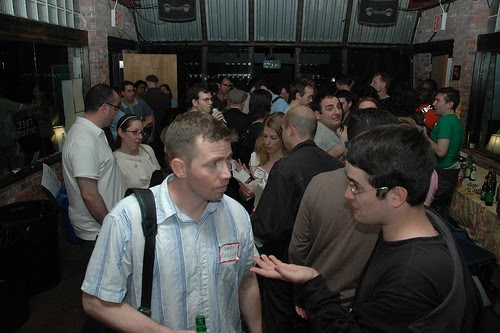 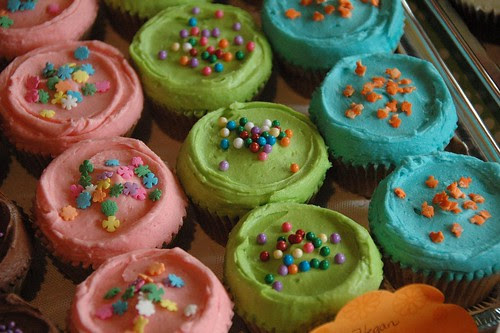 Beers, lots and lots of beers, provided by outside.in 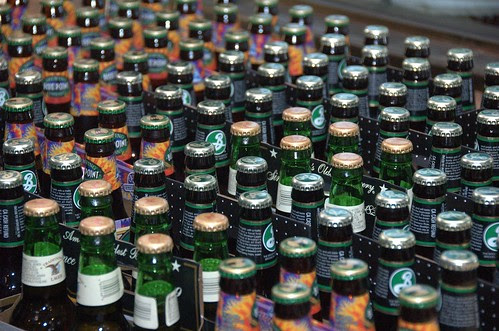 My official "Staff" badge for the event. Anne Pope of Sustainable Flatbush made up all our name tags. Her strategy was to make the name - Xris - larger than the blog name - Flatbush Gardener - so that people would have to actually come up to you to find out what your blog was. 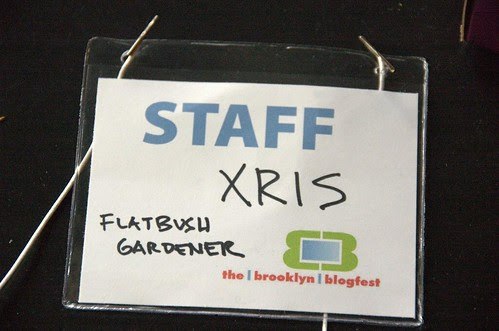 Aw shoot. Speaking of pipe dreams about things I thought I might get to do after work this week.

who needs a life anyways...

(nah, it's not that bad, this week was on the calendar as a possible rough one - just though I might to sneak out at a decent hour one night of the five).

We made up for it! Great to meet you, and glad you got to see my garden.