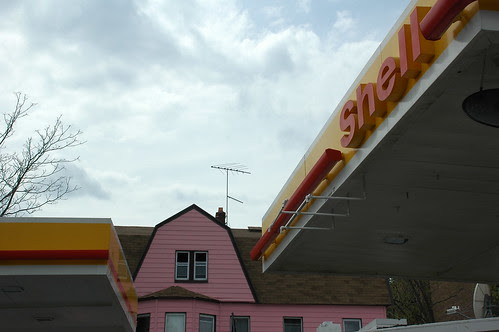 ... a quiet, verdant area, just below Windsor Terrace, straddling McDonald Avenue and Ocean Parkway. The neighborhood, which is almost one square mile in size, has several long-established immigrant groups among its roughly 70,000 people.
- Name From London, People From Everywhere, New York Times, May 25, 2008

Even though it's right across Coney Island Avenue from me, I have been neglectful of Kensington and haven't spent much time there in the three years I've lived in Flatbush. Kensington and Flatbush both enjoy a rich diversity. With 7 lanes and no median, Coney Island Avenue serves as an (un)natural barrier between our neighborhoods. I have visions of more pedestrian-friendly streetscapes fostering streetlife along C.I.A. Maybe I'll live to see that.

Once part of Flatbush, Kensington was developed after the completion of Ocean Parkway in 1875, according to the Encyclopedia of New York City. It was later named for the borough in West London; much of its housing was built in the 1920s. The wave of immigration that brought the neighborhood much of its ethnic diversity began in the 1980s.

Besides Church Avenue, smaller shopping districts can be found along Ditmas Avenue and Cortelyou Road, though the latter is not as developed in Kensington as it is in Ditmas Park, the neighborhood of Victorian houses to the east, where it is a major commercial street. A Food Town supermarket on McDonald Avenue recently expanded, to accolades from many residents.
...
Most of Kensington is a short walk from the southern tip of Prospect Park, including the park’s Parade Grounds, with its tennis courts and baseball and soccer fields. Prospect Park Lake is also close by. Kensington Stables, just outside the park, offers riding lessons. 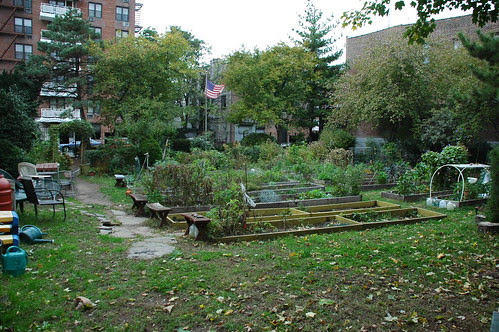 Other posts about Kensington
My photos of Kensington